The view from the road — Geoff Burchfield

If it’s Monday this must be Townsville. That’s what it sometimes feels like when you’re on the NYSF Orientations circuit. Actually it was Mackay and this was the Queensland leg of the 2013 tour. As people arrived for the 6 o’clock event at Mackay’s Ocean International Hotel I was struck again by how far many of the attendees had travelled and how much work goes into organising and coordinating these meetings. 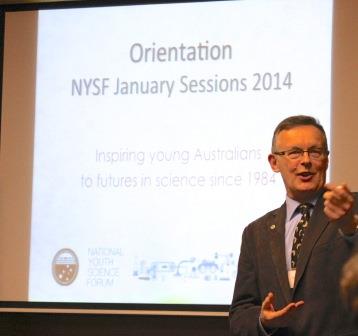 This year four of us from the office - Damien Pearce, Sandra Meek, Tom Grace, and myself - shared the privilege of attending Orientation meetings around the country — all 26 of them. There’s at least one meeting in each of the Rotary districts but some districts are so large that there can be as many as three meetings. District 9550 for instance takes in much of the Northern Territory as well as the top end of Queensland necessitating separate gatherings in Darwin, Cairns and Townsville.

Irrespective of where the meetings are staged, each is quite special. At diverse venues ranging from a heritage lawn bowls club in Rockhampton to CSL’s magnificent lecture theatre in Melbourne people come to hear more about the NYSF’s upcoming January sessions. And if the gathering is quiet to begin with they’re invariably lively by the end. That has much to do with the fact that most of the attendees — a mix of parents, Rotarians, teachers, students, and community representatives — have never met before. They quickly discover they have much in common even if their home-towns are miles apart. The students in particular connect almost instantly. You’d think they’d grown up together.

The formal proceedings vary considerably too. Sometimes there are interesting guest speakers and often a Rotary District Governor will have found time in their busy schedule to address the students. Orientations 2013 in South Australia for District 9520 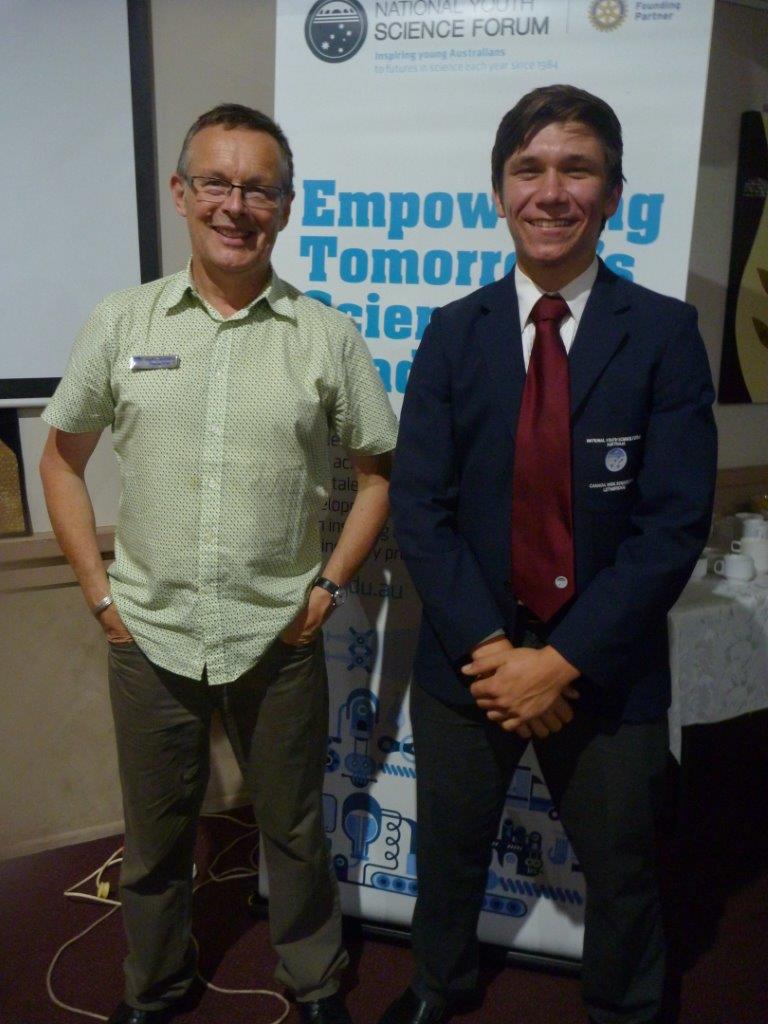 Parents of past NYSF students may speak about their own experience of having a son or daughter travel to Canberra or Perth and reassure the ‘new’ parents that they really have nothing to worry about. Finally members of the student staff help to deliver a presentation about the NYSF and share their own experiences. Mention of the International Program always generates interest and you can tell by the knowing looks between students and parents that negotiations have already begun.

What may not be immediately obvious, however, is that the flow of information is two-way. We learn a great deal about local opportunities for future employment, study options and community support. Representatives of Rotary clubs speak proudly of past students whose careers they’ve followed. Teachers remind us of the difficult paths some students have taken, perhaps having to do independent study because the school is only small. Hearing all this on a student’s home turf adds real perspective to what we’re trying to achieve at the NYSF. There’s a sense of making a difference not just to the lives of these young scientists but to entire communities.

Often the meeting ends with a meal or afternoon tea, sometimes generously provided by an NYSF partner organisation or even assembled by members of a local Rotary Club. (The caramel slices in Armidale this year were particularly good.)

As people head for home it’s obvious the networking has already begun. And not just among the students.

I know that it can be a lot of work for the NYSF Rotary District Chairs around the country who organise these Orientation meetings and I want to acknowledge our gratitude to each one of them and their teams.