When you’ve been to the NYSF, you’re never without friends and university life has been eased by the fact that there are a bunch of lovely familiar faces at my residential college.

Tanzina Kazi attended the NYSF in 2014 and comes from Mildura in regional Victoria. In 2015, she started at Monash University, doing a Bachelor of Surgery/Bachelor of Medicine.

"Year 12 exams are done, results are out and you’ve left behind the high school world. All of a sudden everything you’ve grown to know and love has ended and it’s time for something new: university.

For me, this was such a scary thought; it had been a distant idea for so many years, something that had been coming, but never seemed to happen. However, after what seemed like both the longest and shortest year of my life had come to a close, I found myself packing up my gear and moving off to Melbourne to study a Bachelor of Surgery/Bachelor of Medicine at Monash University.

The word “new” seems to become a buzzword throughout the transition from high school student to a first year university student; new city, new environment, new people. Well, almost. When you’ve been to the NYSF, you’re never without friends and university life has been eased by the fact that there are a bunch of lovely familiar faces at my residential college, my university and in my course who I can always reminisce with about the good old NYSF experiences. Also, NYSF merchandise never fails to win compliments from other alumni, and is always a great way to make new friends. 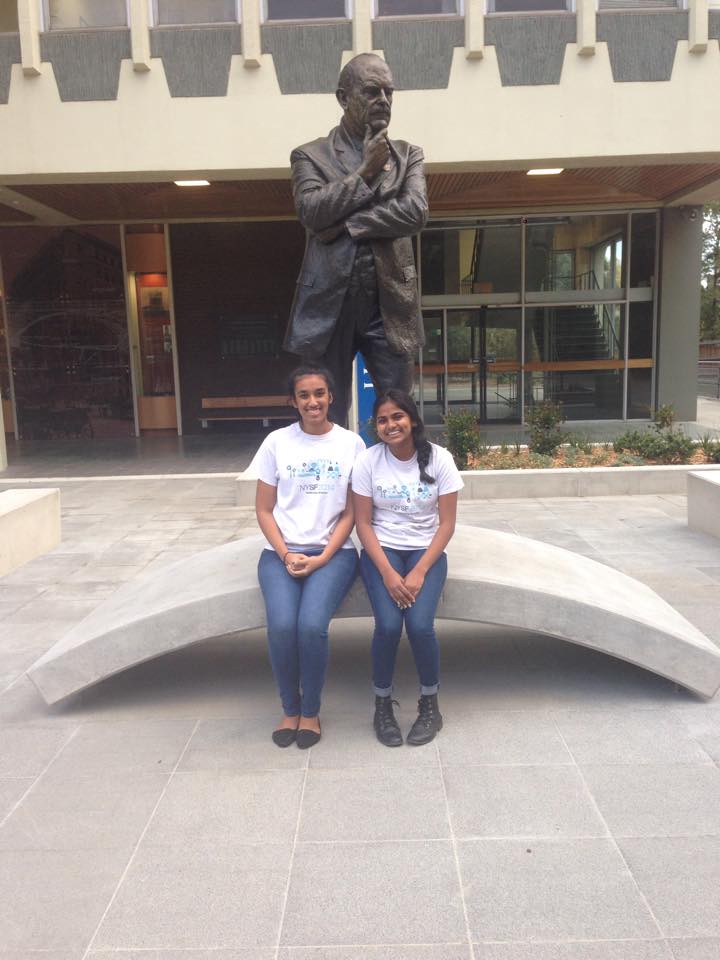 In general, my move to university has been relatively seamless and much of this can be attributed to the holistic experience provided by the NYSF. College is just like an extended stay at Burgmann and walking around the Monash Clayton campus reminds me of the times spent wandering through ANU, despite the vast differences between the two campuses.

Without a doubt, the university experience is unlike anything at high school; the hours are longer, the work is harder and there is a lot more responsibility. At the same time, the extra freedom, ability to learn about what truly intrigues you and opportunity to meet more people who have the same interests and aspirations as you, amongst other things, make it that little bit easier to get used to the drastic change that is your first year at university.