It's the weekend and the middle Saturday morning of Session A NYSF 2015 began with a group photo outside of the Australian Academy of Science’s Shine Dome - as many many NYSF students have done before. Inside Dr TJ Higgins representing the Australian Academy of Science talked to the students about the Academy, its history, the unique Shine Dome building, and the important role the Academy plays in Australia's science community.

The multidisciplinary forum that followed looked at where Australian science would be in 30 years' time - a broad topic, to say the least!

Dr Matthew Hill - winner of the 2014 Malcolm McIntosh Prize for Physical Scientist of the Year (one of the PM's Prize for Science winners) - leads work in the use of the ultraporous Metal Organic Frameworks (MOFs) for applications in gas storage and separation at the CSIRO. Dr Hill facilitated an interesting discussion on what the world could look like in 2050 – including a debate on global warming. His team are working with 3D printers and recently developed and tested a printed horse shoe and designed and printed a 3D dragon after receiving a letter from an inquisitive young student. 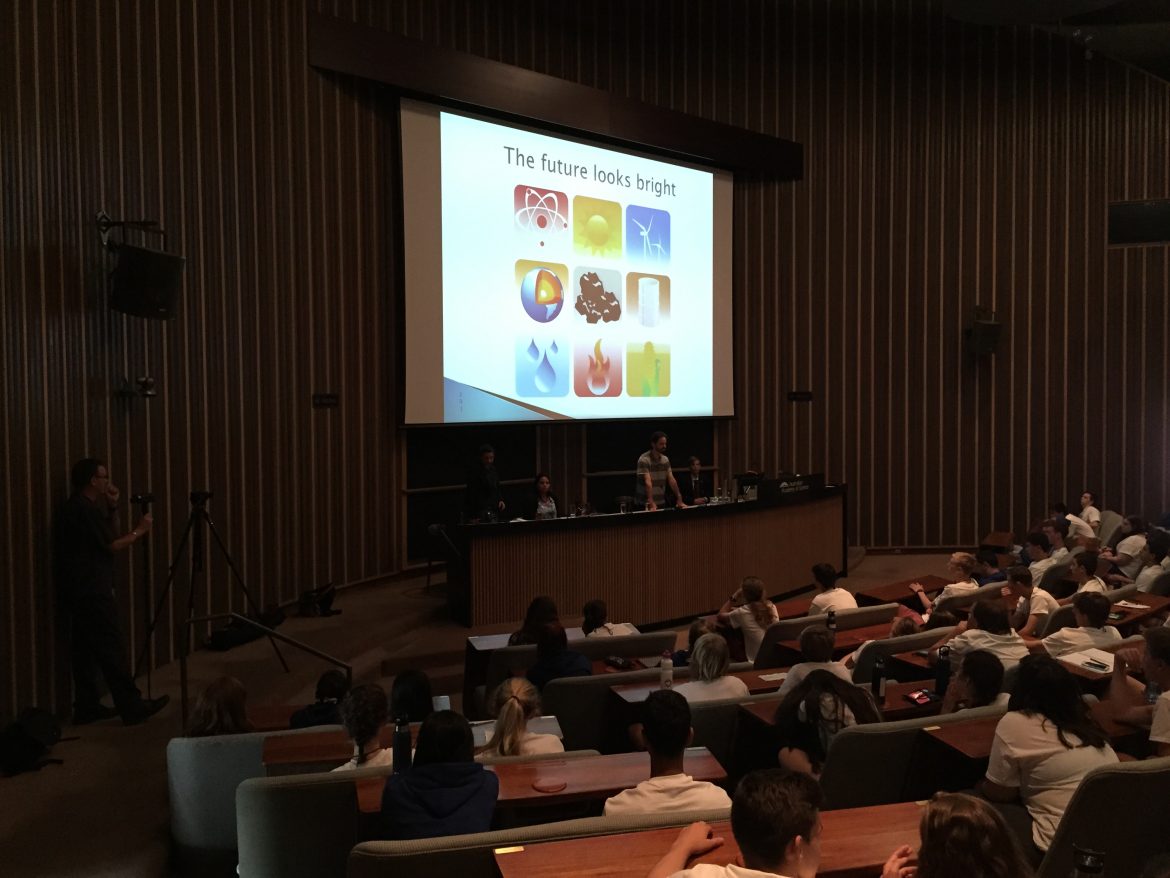 The second speaker, Dr Katherine Locock, OCE Postdoctoral Fellow at CSIRO, discussed her research into antibiotic resistance and the impending crisis we face as antibiotics no longer work for common illnesses.

The third speaker,  Dr Katrina Konstas, a member of Dr Hill's team at the CSIRO, led an informative discussion about her work with hydrogen for use in hybrid cars.

There was plenty of time for the audience to ask questions - mostly centred on study paths including choosing a PhD topic and career options. Dr Hill’s advice to students when commencing study at university was to “learn to study efficiently and be highly organised. Don’t put too much pressure on yourself in choosing a degree. You can always use your completed credits toward another degree. ... There are opportunities to study bridging courses which help you move into your desired degree”, he said.

Dr Locock suggested that students, “should not get bogged down into one career path – don't pigeon-hole yourself as you will be working across a range of science disciplines – not just the field you chose to study." For her, studying a PhD was difficult but rewarding. “80 per cent of what you research doesn’t work and this was difficult to overcome at the start."

Dr Katrina Konstas told the audience that she didn't do to well at high school; in fact she almost failed year 12 physics. She moved into chemistry at university and excelled. “I couldn’t believe how easy I found chemistry and how much I loved it. After high school I never wanted to go to university. It was a last minute decision. I was the first person in my family to study at university and I’m so glad I did," she said.

All three speakers emphasised that when looking for work it was beneficial to use existing networks. The networks students are forming at the NYSF are crucial. When applying for work, students can  either apply using those networks,approaching the organisations they wish to work for, or through traditional approaches. 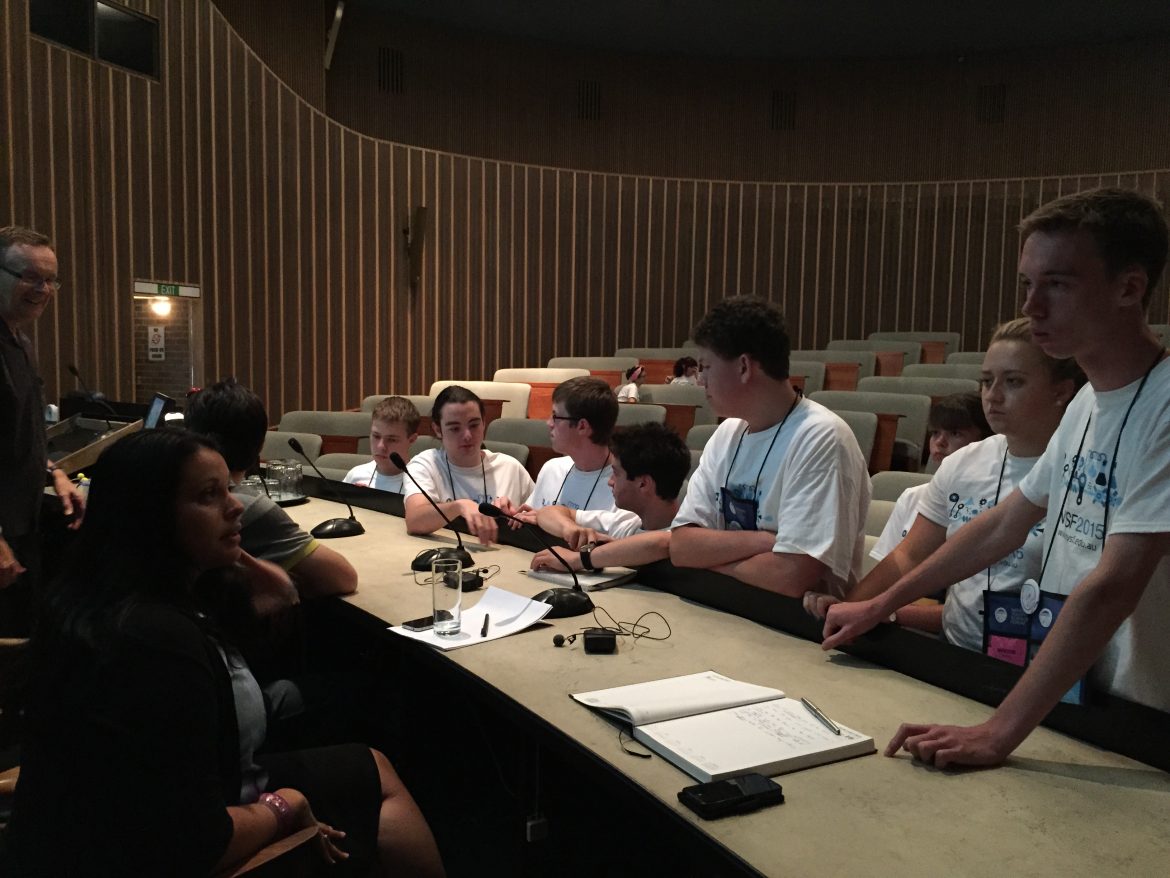