NYSF re-fired my spark for science, but also the spark for writing crazy ideas on paper and thinking about how they could actually work

When Claudia Strauss Forster received the email advising of her selection to attend National Youth Science Forum (NYSF) 2016, she changed her plans for January entirely. Instead of spending the final two weeks of her summer holiday on exchange in Germany, she accepted the offer via the Royal Society of New Zealand, and flew from Munich to Sydney to begin her NYSF adventure.

For Claudia, the highlight of the program was the welcome lecture from NYSF Chair and Deputy Vice-Chancellor Research and Innovation from the University of South Australia Professor Tanya Monro, an expert in the field of photonics. 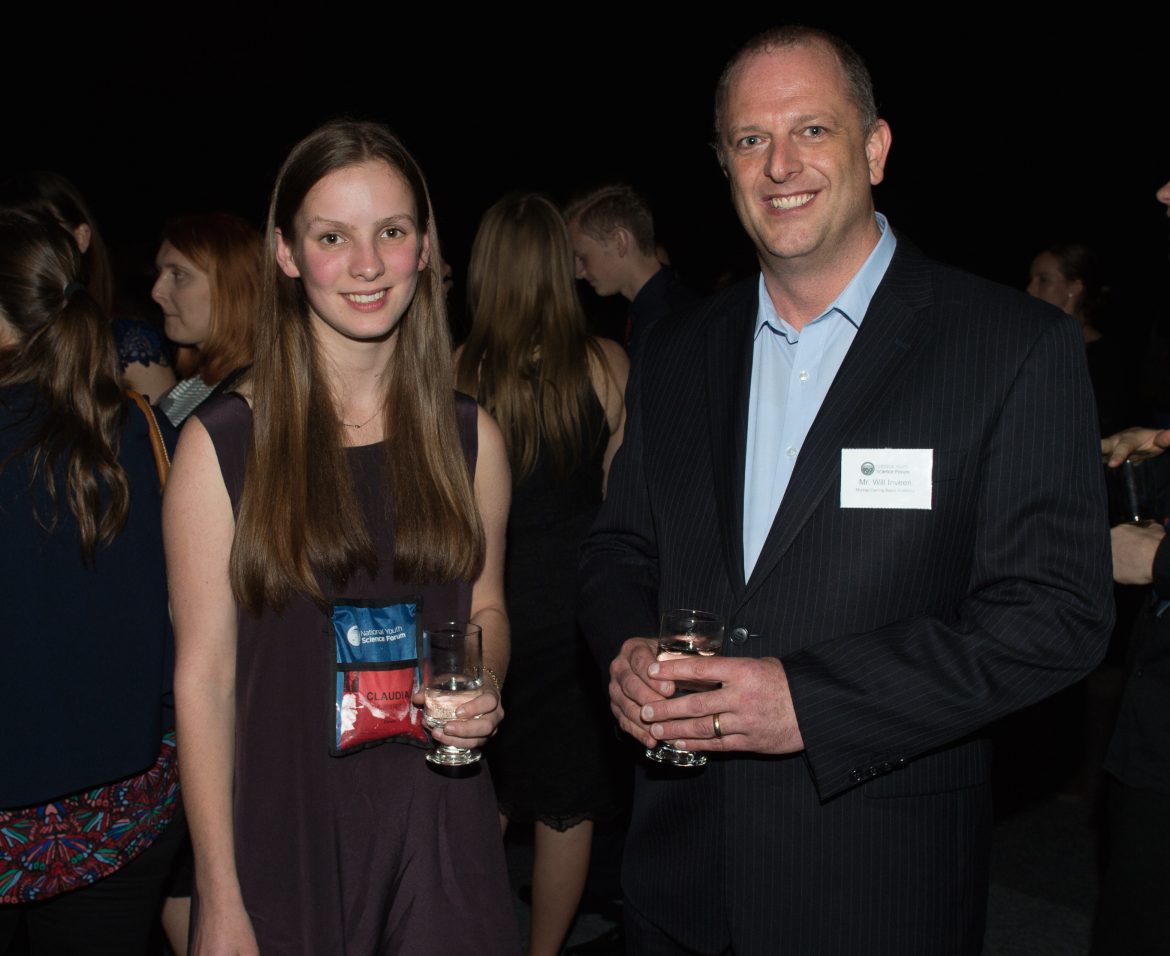 “Her work surrounding lasers and using photons to identify rust in aeroplanes without having to take pieces apart fascinated me. It was something I had never considered possible. Her talk also made me realise that in order to make change in the scientific world, you need to believe that what you are studying has an application to the problem someone else is facing. You need to make the connection between two seemingly unrelated topics, as Professor Monro and her team have done with lasers and aeroplane rust.”

At the NYSF, Claudia was a member of the Darwin interest group, which focused on earth and environmental science. “I had not fully appreciated that this encompassed everything from anthropology, to an arboretum, to using aquatic life as a mechanism to monitor pollution of a lake. I found the visit to CSIRO Black Mountain’s facility particularly interesting. We were looking at the genetic modification of cotton and wheat, and seeing if it would be possible to make a stronger crop, that was less prone to factors such as frost or rust. They had found that although their previous work with potatoes had generated a crop much stronger and produced a much greater yield, the food industry still did not want to use genetically modified potatoes. I then realised that there is more to scientific discovery than just doing the most and the best you can do, as for it to be useful it needs to be accepted by the community. I realised that the next challenge for science is not only discovering more, but proving to the world that it is worth the change.”

Claudia says that the NYSF’s science-related social activities and the presentations she gave have been of great benefit. “These moments assisted with developing my personal identity. The moments where you were suddenly discussing the ethics behind using nuclear power, and it seemed normal because everyone else there was just as into the conversation as you were. It was more than just tips on public speaking or hints about body language that made the personal difference at NYSF. The atmosphere made me realise that you can be smart, humble and recognised for who you are while still being yourself.”

“One of my favourite social events was the science dinner. It was inspiring to talk to and sit at a table with a representative from Monash University, the NYSF, Canberra Institute of Technology and IP Australia, as well as fellow students. It provided ideas as to where I want to go with science and how I could get there, all at one dinner table.”

Claudia’s NYSF experience has not sent her down one career path, but instead, “… opened my mind to numerous possibilities. After being in Germany I was inspired to write my five-minute presentation on how languages affect the way we think, particularly in science. NYSF made it clear to me that I want science to be a big part of my life, but that languages, dancing and all the other things I love can play a part. Ultimately science can be found in everything, and finding these connections and being able to see things from a unique perspective is what makes science so fascinating.”