... a grounding in science, such as that provided by the NYSF, is a fantastic foundation. It encourages rigour and clarity in thought

Dr Subho Banerjee attended the NYSF (then known as the National Science Summer School) in Canberra in 1987. Nowadays he is responsible for preparing science policy advice in the Commonwealth Government.

Subho had always had an interest in science through his high school days in Newcastle, including being a national finalist in the BHP Science Prize. So he was very excited to get the chance to attend the NYSF, and it didn’t disappoint.

“Attending the NYSF was an inspirational experience. The program gave us exposure to such a wide range of high-quality science research being done in Canberra, across universities and research agencies. I was blown away by the possibilities.”

“I remember particularly a fantastic talk given to us by a graduate student up at Mt Stromlo Observatory, at the ANU. He really captured how excited he was to be exploring the fundamental questions of the universe – and he made it fun as well.”

“But the best thing was definitely the chance to connect with students from all over Australia who were interested in the same stuff that I was. I made friendships there that I carry forward to today.”

Subho credits his NYSF experience as being crucial in encouraging him to study science at the ANU.   He went on to do a PhD in physics, using lasers to study the structure of the oxygen molecule.

After his PhD, Subho made the decision to move into public policy. He received a Rhodes scholarship to go to the University of Oxford, studying economics and social history, and then environmental policy.

“When I was doing my PhD, I got more and more interested in the interface between science and public policy – so many policy issues are framed by science, but relatively few people with a science background are involved in the policy deliberations.”

Subho joined the Australian Public Service on his return from Oxford. He has since worked across policy issues spanning economic, social and environmental policy, as well as on organisational reform of the public sector itself. In addition to public service roles, he has worked for a not-for-profit Indigenous policy think-tank, and a private sector management consulting firm.

In his current role as a Deputy Secretary in the Department of Industry, Subho is responsible for preparing science policy advice to the Federal government. This spans whole of sector advice on issues such as science funding and infrastructure, as well as policy oversight of Questacon, the National Measurement Institute and the Australian Astronomical Observatory. Subho is also on the board of the international organisation responsible for delivering the Square Kilometre Array – the largest radio telescope in the world.

“I’m really enjoying having a science-based role again. I think a grounding in science, such as that provided by the NYSF, is a fantastic foundation. It encourages rigour and clarity in thought, which makes you better at what you do (whether science-based, or not). But it also encourages enthusiasm about ideas and about the world, which helps you to enjoy doing it.” 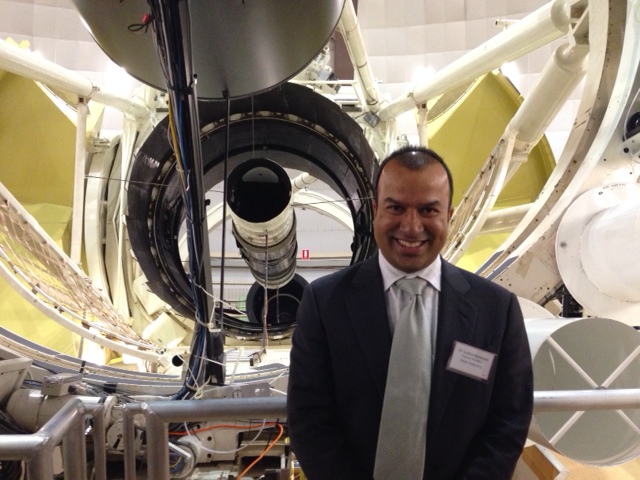