Winners were announced during National Science Week in August and include: 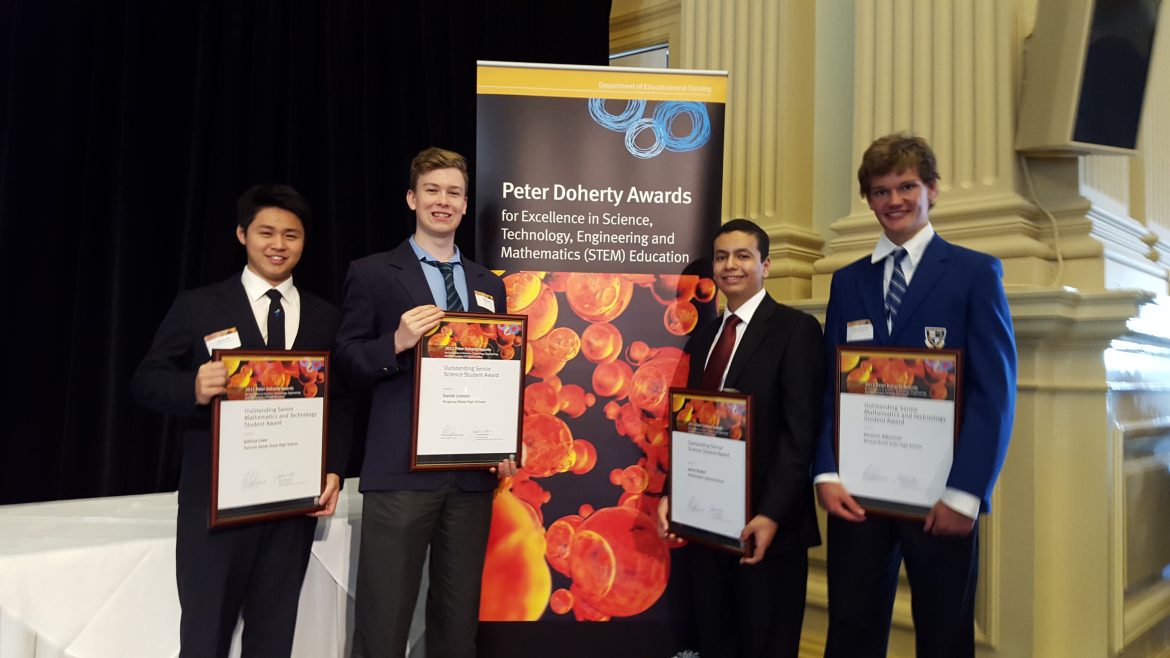 This year 29 awards worth $145,000 were available in eight categories.

The awards are named after Professor Peter Doherty, a Brisbane-born Nobel Prize winning scientist who was educated at Indooroopilly State High School and the University of Queensland.