Quantum Physics and More to Finish of NYSF 2020 Session B

With the final STEM visits for Session B, the students have gained so much insight and perspective into what their careers could entail in the future.

Session B of the NYSF seems to be passing before our eyes, with only a few days left of the program, yet it’s still managing to keep the students enthusiastic and keen for their STEM visits. Yesterday they attended a range of specialist lectures, as well as their interest group-based lab visits, all of which received positive feedback from our students.

The students attended one of the five specialist lectures, which covered different specialised fields of science. Associate Professor Rohan Davis presented a talk on biodiscovery, where he explored the potential for the synthesis of unique chemical compounds found within nature to become a treatment for healthcare issues such as cancer. In her talk, neuroscientist Dr Laura Fenton introduced some students to the concept of neurodevelopment originating from both hereditary and evolutionary perspectives. She spoke about her research and engaged in insightful conversations regarding the ethical ramifications affecting biological and scientific research with the students.

“The brain is plastic throughout its development and is constantly able to make changes to suit its environment.”

In a biomedical engineering-focused talk, Phil Terril discussed how different areas of science and engineering are involved in the development of technologies which are revolutionising the field of medicine. In an interactive and discussion-based lecture by Peter O’Shea, students learnt about electrical engineering and its research and applications into the ‘seek and respond’ technology used in aircrafts. A talk based on sustainability and physics was presented by The University of Queensland's Professor Frank Stacey and Dr Jane Hodgkinson, where they spoke about the interdisciplinary relationship in the context of understanding climate change. The speakers, both currently working with CSIRO in the geology field, gave students an insight into their careers and the paths they took to get there, reminding them that it’s okay to be unsure of what they want.

“It was mind boggling in the best way. It combined evolution and development of the brain and related that to examples in real life that set us up for the future. It’s an exciting field for the future” - Katie, Session B Student Of course the students also had their final STEM visits, and they all ended on a high note. Physics students visited Griffith University’s Centre for Quantum Dynamics, where they participated in a range of interactive workshops where they learnt about the applications of quantum physics. They were able to play with acoustic waves, and experiment with wave-particle duality, whilst learning about the fundamentals of quantum mechanics and the organisation of energy levels within an atom. At the Centre for Microscopy and Microanalysis, biology and medicine focused-groups were guided through the fantastic facilities within the Australian Institute of Bioengineering and Nanotechnology. Here, they participated in the operation of high-tech electron microscopes and mass spectrometers, as well as exploring the applications of micrology and biomimicry. Some lucky engineering students were taken to the Boeing Test Centre, where they toured the facility, learnt about how biological materials can be recycled, and got to see the pilot plant in action. They also had the awesome opportunity to engage with a demonstration of virtual reality technology used in flight training and experience a flight simulation.

“It was so cool to see the demonstrations, being told theory is one thing, but actually seeing it happen is amazing.” - Evie, Einstein 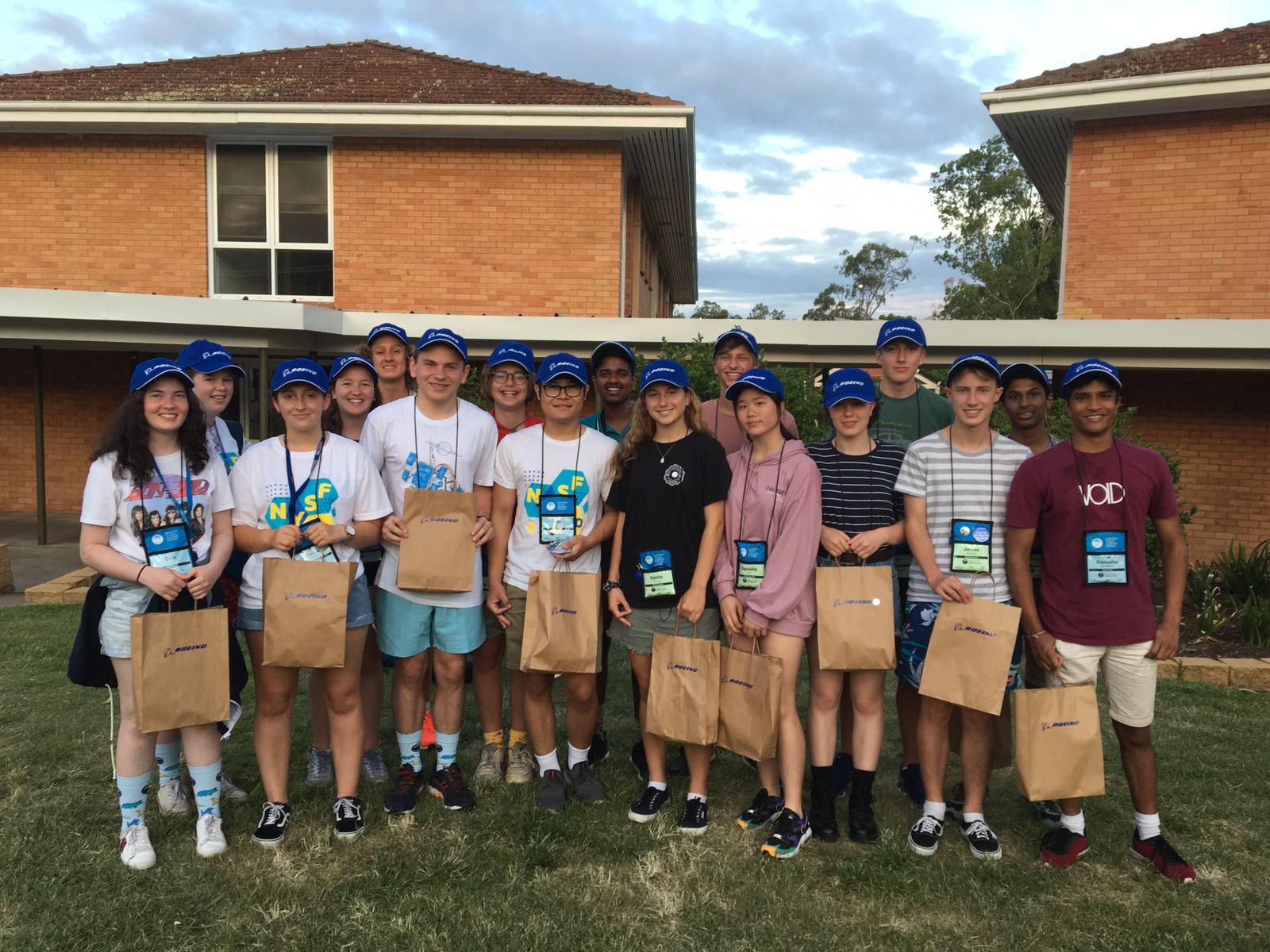 Other students visited the Brisbane facilities of the major NYSF partner, Bayer, where they were walked through the key role of STEM in the development of their products and the running of the site. They had the opportunity to get up close and personal with the liquid and gas chromatography equipment, and were able to engage in conversation with the chemical engineers, gaining insight into their careers and the applications of their work.

“My eyes have been opened to the possibilities of chemical engineering.” - James, Mirzakhani With the final STEM visits for Session B, the students have gained so much insight and perspective into what their careers could entail in the future. We hope that they can take their experiences and be grateful for them in the future.