Professor Brian Schmidt on a life in science … and the future of the universe: NYSF2017

“I had two things, unbridled enthusiasm and 100% of my time. That’s something you all have, it’s how the world goes round.”

NYSF 2017 Session A students were treated to a lecture presented by Professor Brian Schmidt, Nobel Laureate and now Vice-Chancellor of The Australian National University.

Along with Adam Riess and Saul Perlmutter, Professor Schmidt was awarded the 2011 Nobel Prize in Physics for his role in the discovery of the accelerating expansion of the universe. 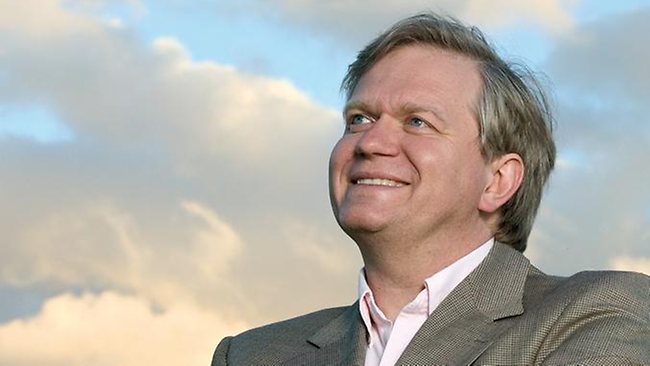 Professor Schmidt's work has revolutionised the way we think about our universe, but the building blocks for his research were established over a hundred years ago when Einstein watched a man fall from a roof. From this, Einstein postulated the theory of general relativity, which brought him into the public eye.

It’s important to understand the past to know our future. If the gravitational forces in the universe became more powerful than its expansion, the universe would contract into an event that Professor Schmidt referred to as the ‘gnaB giB’, which is the Big Bang backwards. Professor Schmidt was determined to figure out the fate of our universe, so in 1994 he formed the High-Z team. 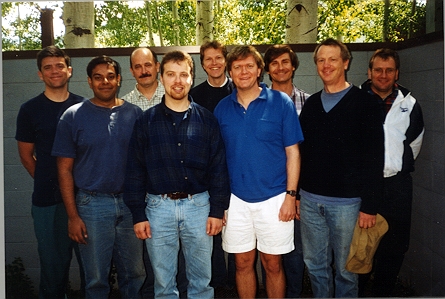 Picture ;of the High-Z team, who discovered the accelerating expansion of the universe
(Source: https://www.cfa.harvard.edu/supernova/highz/members.html)

The search then began. “I had two things, unbridled enthusiasm and 100% of my time. That’s something you all have, it’s how the world goes round,” Professor Schmidt said to the Session A cohort. The High-Z team discovered that distant supernova were moving away from us more slowly than closer supernova. This was the opposite of what the High-Z team was expecting to find, so they started to doubt their method.

“Sometimes in science, the accepted idea of what the universe or world is doing is wrong. Proving this idea wrong is how science advances,” Professor Schmidt says. The team’s results were indeed correct, and were corroborated by the results of Saul Perlmutter’s team at the University of California, Berkeley.

Professor Schmidt’s presentation to the NYSF then transitioned into a discussion of the unknown, in particular the fate and composition of our universe. Only 4.9% of the universe consists of matter made from atoms, the other 95.1% is a composition of dark matter and dark energy. We know that dark matter has to exist, but we don’t know what it is, “I fear I may die, not knowing what’s there,” Professor Schmidt said in reference to dark matter. "The universe is approximately 25% dark matter and 70% dark energy. These numbers have predicted, in advance, every single calculation we’ve made on our universe,” Professor Schmidt said.

As the universe expands, the density of conventional matter decreases, whereas the pushing force of dark energy only grows stronger over time. “Dark energy has won the battle for the universe,” Professor Schmidt explained. That is, the universe is likely to continue expanding at an accelerating rate until the eventual heat death of the universe. Professor Schmidt concluded his presentation by providing some pertinent advice for the Session A cohort. “Ask yourself, after every year, is this where I want to be?” Professor Schmidt said, emphasising the importance of being happy with your work, career, and life.

To also succeed as a scientist, Professor Schmidt emphasised that it is more important that you are happy. In response to a question regarding how he felt receiving his Nobel Prize, Professor Schmidt said, “It was a day, but it was just that, a day. It’s not the really big things that matter the most in life. It’s the little things that add up which make you happy.”