Geoff Burchfield, whose role as the NYSF Director coincided with Ian's tenure as Secretary, says, "For as long as I can recollect, Ian has been one of the strongest supporters of the NYSF - all the time as a volunteer!  He was always open to new ideas, even if they were out of his comfort zone.  And I was able to rely on his honest opinion, knowing he would have carefully weighed the options before forming his views.  For that, I thank him."

Adam de Totth has been District Chair of Rotary District 9710 for four years and will step down from that role in 2014. 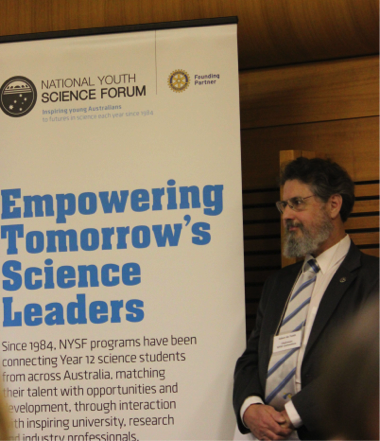 “Adam brings a wealth of experience and knowledge about how Rotary interacts with the NYSF program,” says Dr Cormick, “and I am sure that his insights and understanding will provide guidance in the coming years.”