What NYSF did in National Science Week

“I wanted to help out at the NYSF stand because it always frustrates me when I find someone who I believe would have loved NYSF but didn’t hear about it at all. It was great to spread the word, and to know that in the future a student may attend because of my help."

What will our Future Earth look like?  This was the topic of National Science Week this year –  a week designed to acknowledge and celebrate science in all of its aspects,  and to encourage younger people to become fascinated in the world we live in.

In Canberra, the National Youth Science Forum (NYSF) and its alumni had a fantastic time being involved in the range of activities that ran throughout the week.

The national launch of National Science Week was hosted by Questacon, and NYSF alumnus Nate Byrne officiated, as well as doing live-crosses to ABC News Breakfast tv, where he is the meteorologist and weather man.

The ACT-based Science in ACTion expo featured everything from dinosaurs to forensic science, growing mushrooms, to information about the endangered Corroboree Frog; and if you were lucky you may have come across a Dalek.

NYSF alumni helped out, showing visiting children and adults how the Van de Graff generator worked. They also loved making their own NYSF badges with our button machine. Thanks to alumni Michael Taylor, Mitchell de Vries, Morgan Kikkawa, Maddy Wang, Sanna Wei, and Matthew Blacker for their donating their time over the two days and to Andrew Papworth from the ANU’s Physics Education Centre for loaning us equipment for our display.  We also noticed several of our amazing alumni working on other stands around the expo! 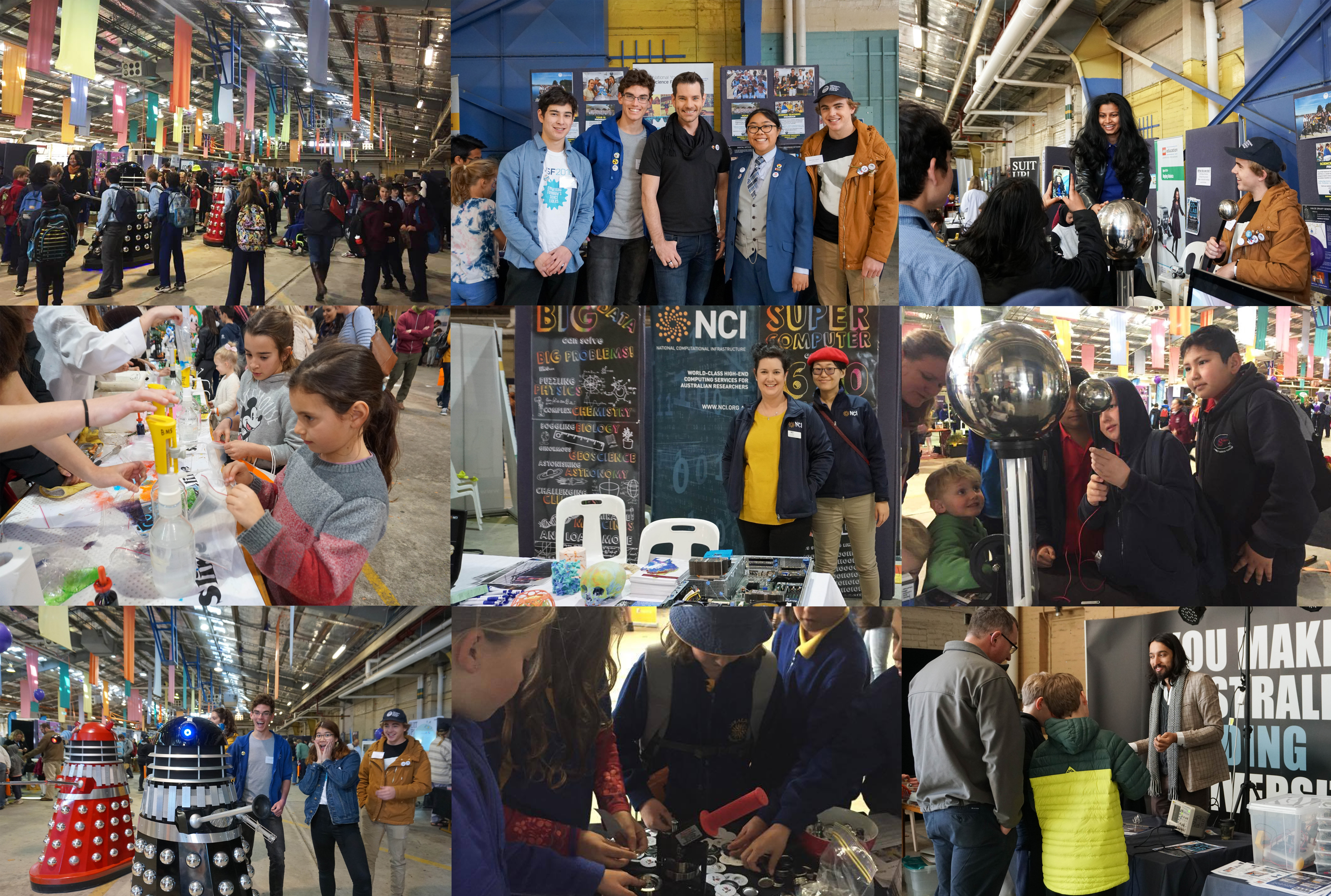 NYSF 2016 Alumnus, Michael Taylor volunteered his time on the NYSF stand to spread the NYSF message.

“I wanted to help out at the NYSF stand because it always frustrates me when I find someone who I believe would have loved NYSF but didn’t hear about it at all.  It was great to spread the word, and to know that in the future a student may attend because of my help.

I loved Science in ACTion!  It was so great to look at the huge number of groups and how every one of them was different to the rest.  I have to say the Daleks were a highlight for me, but also seeing what kind of opportunities are out there that I could get involved with in the future.”

As well as doing their day jobs, two of our NYSF Corporate Team members were involved in National Science Week activities. Programs Officer, Miz Ahmad volunteered on the organising committee for the ACT launch. And Senior Programs Officer, Siân Keys, developed and ran her own program, Scienceability: a program designed to challenge opinions of who ‘does’ science.  Over six weeks young adults with intellectual disabilities from around Canberra participated in science workshops and then ran their own science workshop open to the public on the last day of National Science Week. “Even though there are so many great programs out there for people with disabilities, particularly in the arts, I thought it was sad that there wasn’t anything out there for him where he could do science. So I thought, I can do that!”

An NYSF team also played in the Super Science Trivia Test, hosted by the Australian Academy of Science. The team did not disappoint and were identified as stand-outs for our knowledge of the periodic table, and the contribution of women scientists. 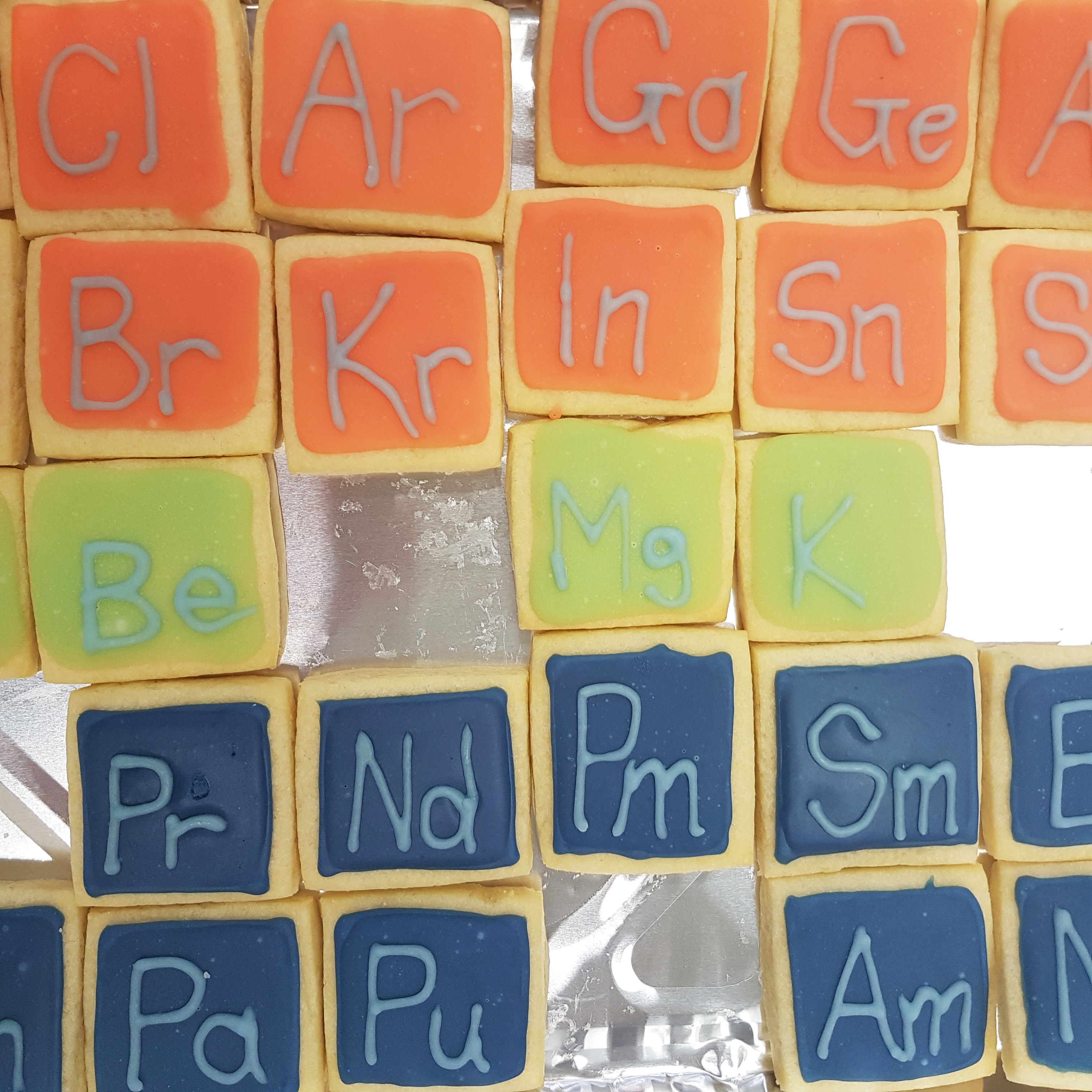