Central … was the interaction by the NYSF students with such a diverse group of like-minded students from a wide variety of backgrounds.

Before heading to the Focus Week, the students stopped off in Cape Town, including a visit to the infamous Robben Island in what one of the students, Ashly Vu, described as, “a particularly sombre experience”. There was “a strange feeling of serenity on the island that has witnessed so much pain and hardship.” After visiting a local township and taking in the majestic views from Table Mountain, the students were excited to fly on to Johannesburg for the Focus Week.

The National Science Olympiad Focus Week is held for the top 100 science students from over 30,000 participants from across Africa who took the Science Olympiad exam.  Like NYSF, it aims to introduce the students to how much they can achieve in a career in science. Eight Australian NYSF students took part in the event.

During the week the students attended lectures by world-class scientists, visited various cutting edge research laboratories and industry workplaces and had the chance to speak to mentors in a wide variety of scientific fields. Ashly particularly enjoyed visiting the Cullinan Diamond Mine and debating the ethics about how science is applied at Denel Dynamics, a company that produces defence equipment. Another student, Lauren Booth, enjoyed visiting the Nuclear Energy Corporation and the South African National Biodiversity Institute. 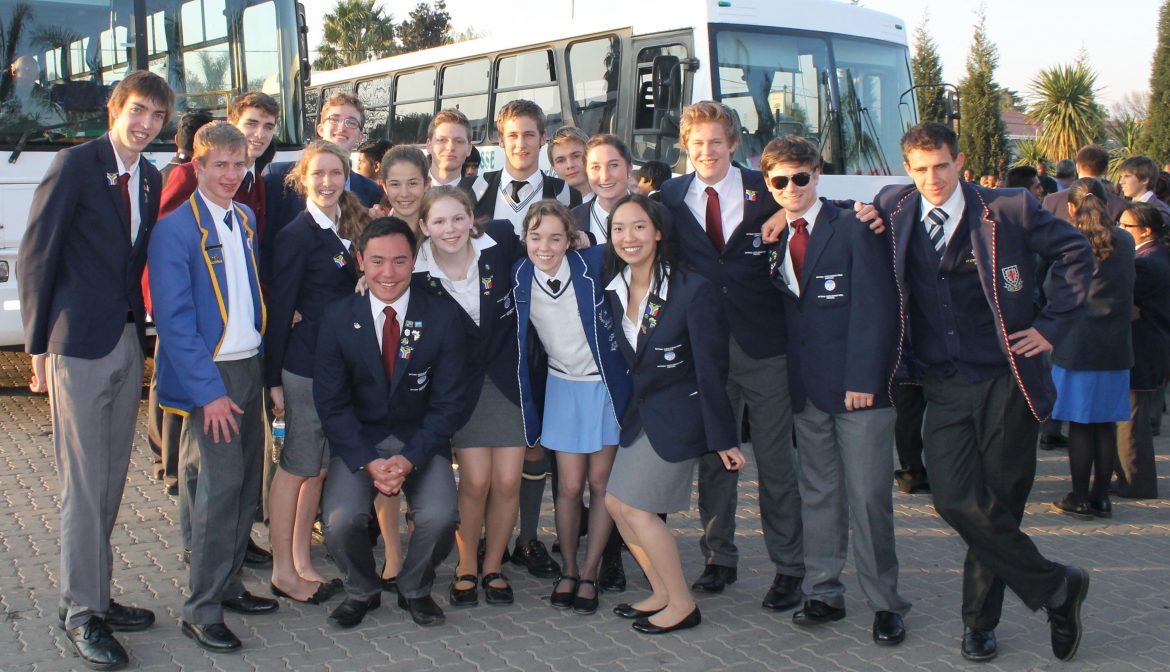 Central to the experience of the Focus Week was the interaction by the NYSF students with such a diverse group of like-minded students from a wide variety of backgrounds. Along with the official activities the students played cards, baked cakes and successfully introduced Tim-Tams to their newfound friends. Although the Tim-Tams were a big hit Vegemite definitely did not go down so well! Before heading home after the Focus Week, the students experienced a ten-day safari through the wilds of South Africa, Botswana and Zambia.  They watched magnificent sunrises from the backs of elephants, saw lion cubs feeding, a rare white lion and even two rhinos. Along with visiting a wildlife rehabilitation centre, participating in traditional meals and dances, and a night-time cruise along the Zambezi River, Lauren said, “a personal highlight was watching a spectacular sunset from the Botswana salt pans and eating braai under a starry night sky.”

“It was truly a life-changing experience,” said Lauren, “that opened my eyes to the beauty of Africa and intensified my passion for science and my interest in pursuing a rewarding career in this area.” Ashly perhaps summed it up best by saying she’d “taken enough photos and videos to fill 40GB of an SD card and enough memories to last a lifetime.”

Story by Max Rintoul, based on report from Ashly Vu