NYSF provides context for your passion in STEM: Tim Senden

What were you doing in 1984?  A lot has happened in our world over the past 35 years.  We’ve seen the introduction of the world wide web, hybrid cars, DNA identification, the birth of “Dolly the Sheep”, and the first IVF baby, not to mention the discovery of black holes and gravitational waves. And where would we be without our iPhone,  Facebook or Spotify?  These discoveries and developments have shaped the way we live today and wouldn’t be possible without the visionary scientists and engineers that created and discovered them.

In January 1984 the very first National Science Summer School (NSSS), now known as National Youth Science Forum (NYSF), was held at the University of Canberra (which was then the Canberra College of Advanced Education (CCAE)).

This week, the NYSF launched its 2018 Year 12 Program in Canberra, marking the beginning of its 35th year of consecutive program delivery. Next January the NYSF will offer an expanded program with three sessions for almost 600 Year 12 students in 2018. Along with the two sessions at the ANU, the third session will be hosted at The University of Queensland supported through funding from the National Innovation and Science Agenda. Since its inception in 1984 the NYSF has delivered the Year 12 Program to nearly 12,000 students.

Professor Schmidt also noted that the academics who engage with the NYSF program, "... including me, know that it is empowering. It helps us to feel connect to the youth of Australia, and helps us to feel relevant - irrespective of whether they do science."

As for the NYSF's high level of engagement with young women - 61% of participants in 2017 were young women -"The NYSF offers them pathways to university," he said. "I for one am looking forward to talking with the 2018 students in January." 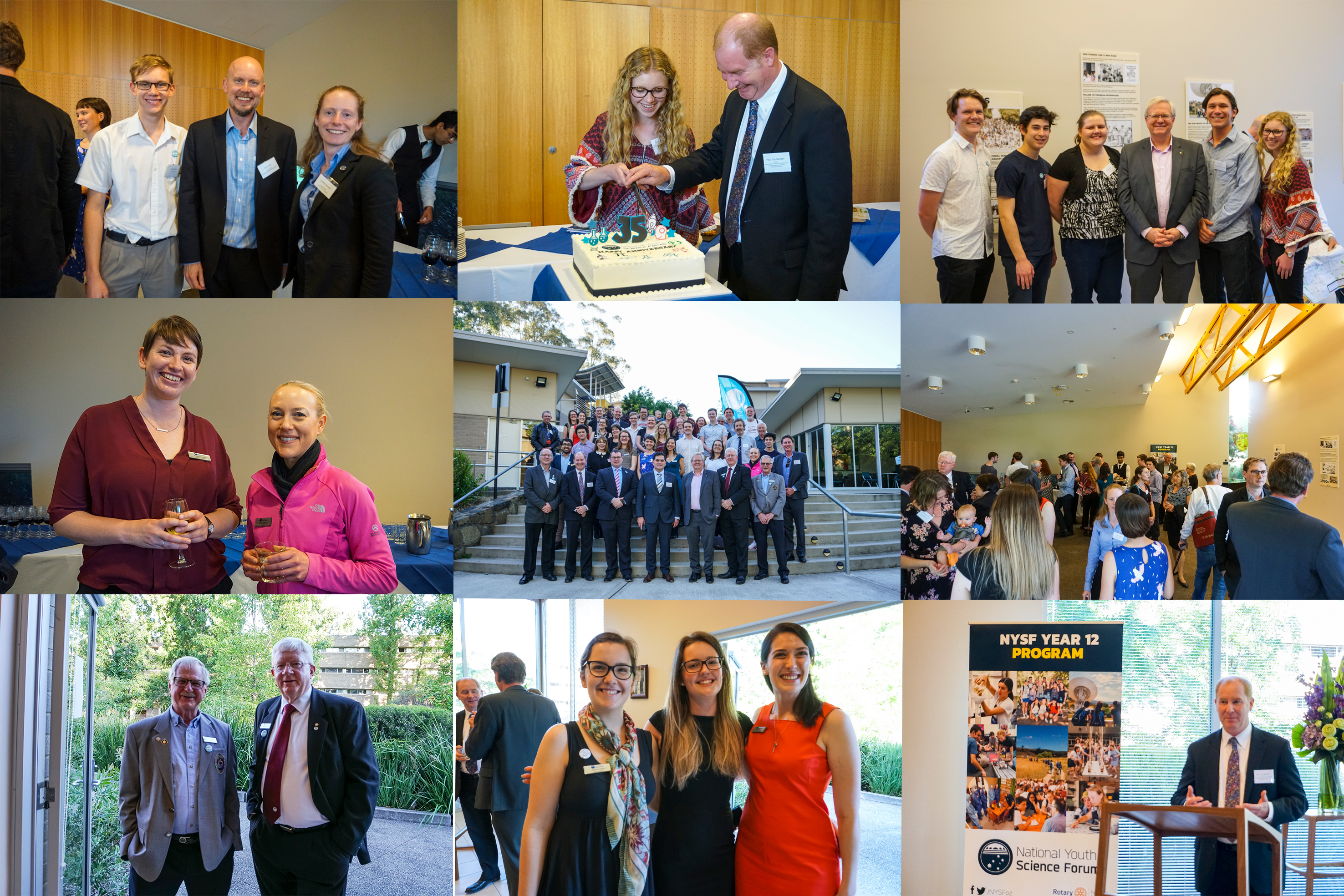 NYSF/NSSS alumni are spread throughout the world, pursuing many different careers, with an estimated 85 per cent having studied science related fields.  We were honoured to have one of our very first alumni, Professor Tim Senden, speak at the launch.

Professor Senden is Director of the Research School of Physics and Engineering at the ANU College of Science.  In 1984, Professor Senden attended the first National Science Summer School (NSSS), now NYSF. As well as being in the Class of ‘84, he was amongst the first group of student leaders (staffies) and was the first NYSF student to participate in one of the International Programs, attending the London International Youth Science Forum (LIYSF) in 1984.  Professor Senden also served on the NSSS Council for many years.

“From the very beginning NYSF had exactly the right formula for STEM-minded students.  The program came at the perfect time for me, greatly enhancing what I thought a career in STEM might look like. The great power of the program is that is provides context for one’s passion in STEM, it marries personal drive with societal relevance.  It also showed me that I wasn’t alone in my research aspirations.”

“The program had a major influence on my career trajectory. My experience of the program affirmed my belief that a career in research was the thing for me.  Meeting like-minded people, both through the shared student live-in experience and the interaction with career researchers at the host organisations, allows first hand, to see the impact and relevance a career in STEM can have,” Professor Senden said.

“NYSF set me down on my career at ANU and it’s a pure delight to host new students year on year. I reflect back with each intake of students and see the why this program continues to reward all those involved.  For me, the program showed how STEM connects to community, and crucially that a successful career in STEM is as much about understanding sociology as it is about the research. As a young enthusiast I saw that whilst research might bring people together, it’s the people that keep it vibrant and relevant.  While this is evident to me now, as a seventeen year old it was a revelation.”

NYSF Chief Executive Officer, Dr Damien Pearce spoke at the launch about the program’s success and the contribution of the many supporters.

“The delivery of the NYSF 2018 Year 12 Program is a significant milestone for the NYSF and its supporters. The demand for the program continues to be high. Being able to increase places to almost 600 in our 35th year is very rewarding.”

“The longevity of the program, and the variety of content we offer, through the support of our lab visit and site tour hosts, means participants really do have the chance to experience different aspects of science, technology, engineering and maths (STEM) fields.”

“Our participants consistently report that we show them things they had never considered before, due to the often limited nature of science study within the school context. Our role is to give them as much opportunity as possible, so they can make informed choices.”

“Mixing with other like-minded students from around Australia means that attending the program is the beginning of their first professional network – so it’s quite a unique opportunity for the average 16 or 17 year old,” said Dr Pearce.

Dr Pearce went on to thank everyone that has played a role in the success of the NYSF over the past 35 years.

“The continued growth, longevity and success of the NYSF is a testament to the generous support of our partners and sponsors and the many volunteers who have donated their time. We would like to thank everyone that has been involved with the NYSF over the past 35 years, in particular the financial support and thousands of hours donated by our founding partner, Rotary, which continues to be instrumental to the success of the program. And finally I acknowledge the dedication of the previous and current staff who initially designed the program and have continued its development to make it the mature and popular offering that it is today.”

The NYSF is looking forward to our 2018 program and we can’t wait to see what the next 35 years brings!