NYSF Alumni Brody Hannan has just started a Bachelor of Advanced Science at the Australian National University (ANU), and was selected as a Tuckwell Scholar for 2015, one of six NYSF students to be awarded these prestigious scholarships. Here he recounts how he got there:
"My story with ANU and science began when I was 14.

Since the first day of the forum where we gathered in the courtyard outside the Psychology and Physics Building, I was captivated by the magic of ANU and science.  That was the first time I had ever seen a university – and throughout the event I made some great friends, met some like minded people, and became cemented in science. Prior to The Science Experience, I didn’t know science was actually a “thing” out there – that it was something you could do at university; that there were other students also interested in science. Following The Science Experience, I promised myself I’d be committed to school, to taking up as many opportunities as possible and being the best I can be.

Two years later, when I was in Year 11, I was walking through my school’s office. Standing at the reception desk was a familiar face – it was a girl I had met on The Science Experience those 2 years ago. After talking to her for a little while, I asked her about what she was doing at my school, knowing she lived several hours away. She explained that being a year older than me and as a year 12 student, she had just come back from what was known as the “National Youth Science Forum” and was travelling around the area giving presentations about the forum to schools.

I had first heard about NYSF when I was still in primary school. A family friend who was several years older than me had also gone on the forum and found it to be absolutely incredible. The thought of one day going on NYSF had always been sitting in the back of my mind but it wasn’t till this girl I had met on The Science Experience turned up at my school that I realised “this thing was real”.

Having attended a similar forum, The Science Experience, previously, I thought I had some kind of an idea about what NYSF would be like. I was wrong – NYSF was nothing like I had ever experienced before. The tailored academic programme allowed me to fuel my interest for physics and mathematics yet also allowed me to experience areas of science that I had never heard of before. The equally extensive social program of NYSF opened my eyes to all the other young people out there who also had a passion for science. 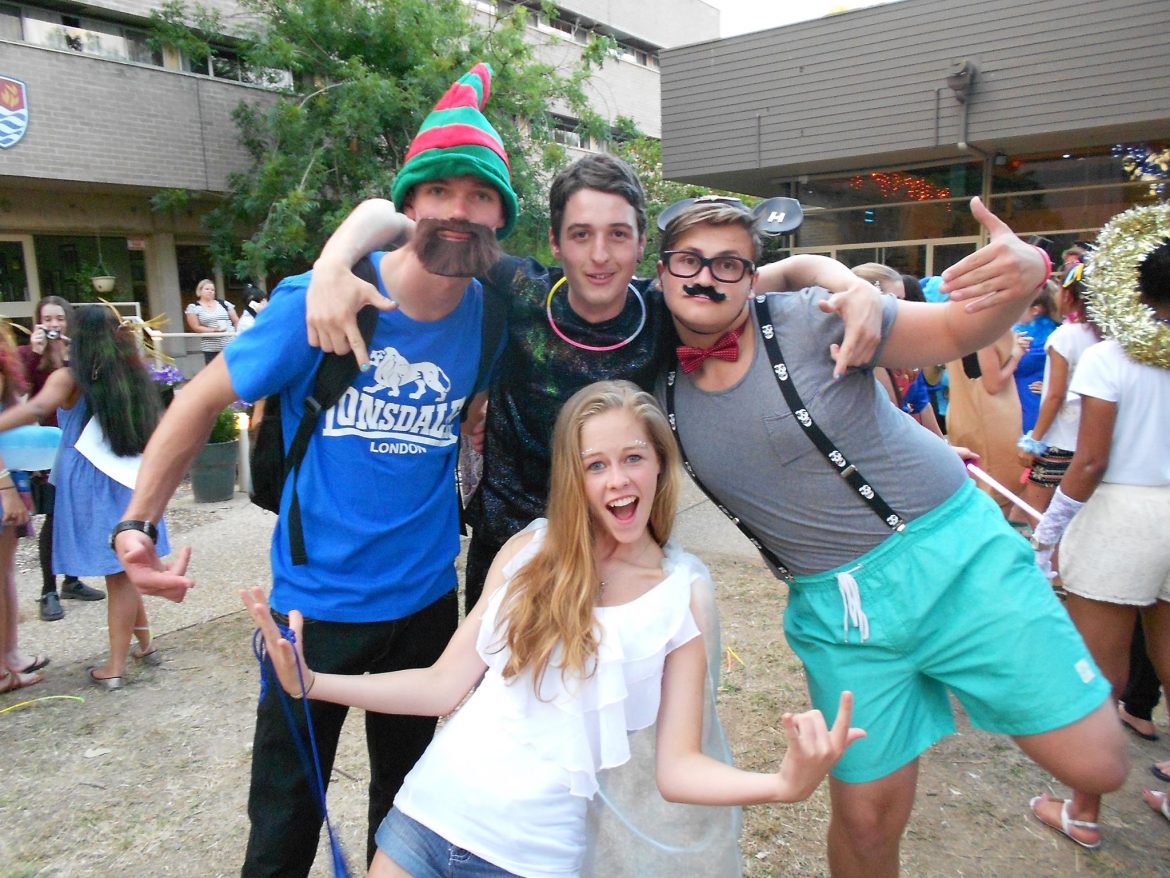 Growing up I was the only kid I knew who wanted to get into science. And mind you, I thought I was pretty big on science. When I got to NYSF, and asked around about what other people wanted to do when they finished school, people were saying careers and things I didn't even know existed. NYSF was the first time I had met someone who wanted to be a doctor. But they didn't say “doctor”, they said "medicine", and along with it GAMSATs and UMATs - things I had never heard of before. I didn't even know "medicine" was a thing. I didn't know what it involved. People were saying they wanted to be “software engineers”, “biochemists”, “chemical researchers”.... I had no idea you could make a career out of research. Furthermore, NYSF taught me science was much more then wearing a lab coat and doing research all day. Science was a dynamic and exciting field that had a spot in it for everybody – and desperately needed people to make it more relevant to the public so that everyone can understand the important role science plays in building the world of tomorrow.

Of the many valuable lessons I gained from NYSF; for me the most important was to always strive to make a difference. NYSF was filled with hundreds of young people, all passionate about something in their lives – and that’s how differences are made- when passionate people do the things they love.

One of the most bizarre moments of the forum was when we visited the Department of Nuclear Physics. As soon as we entered the department, we were greeted by our guide, Dr Greg Lane. To my surprise he remembered me from The Science Experience all those years ago, and after talking to him for a while, discovered he himself was an “NYSF-er”. That simple by-chance meeting proved to me that as “NYSF-ers”, as people passionate about science, we are called to share that passion with others and make a genuine difference. That’s what drives the collaboration between scientists, the sharing of ideas, and the global networks that are so typical of the scientific field.
Prior to NYSF, I had never intended to apply for the international programs available for NYSF participants. It was too much money, took up too much time, all right before our final exams. It seemed impossible - but having left NYSF with a burning desire to follow my passion for science, I decided to apply to the London International Youth Science Forum (LIYSF), even though I was still very apprehensive.
Being my first time overseas, LIYSF was truly overwhelming. The forum saw 425 people from 64 countries coming together for two weeks of lectures and demonstrations from leading scientists, visits to world class research centres, scientific institutions and organisations, including the finest laboratories and universities in the United Kingdom as well as the opportunity to meet renowned scientists from all over the world. The forum also included an optional CERN program, which I also took up, to visit CERN and an exclusive tour of the Large Hadron Collider in Geneva, Switzerland. It was quite surreal to have been to places I’ve only read about in books or seen on TV. I remember doing an assignment on the LHC back when I was 13 – never did I imagine that one day I’d actually get to go hundreds of metres underground and see the LHC myself.

From the beginning of the opening ceremony, LIYSF highlighted the importance of global collaboration between scientists in every field of science – it’s this way of thinking which will ensure that science continues to have a big impact upon society, a mentality which was captured by the forum. 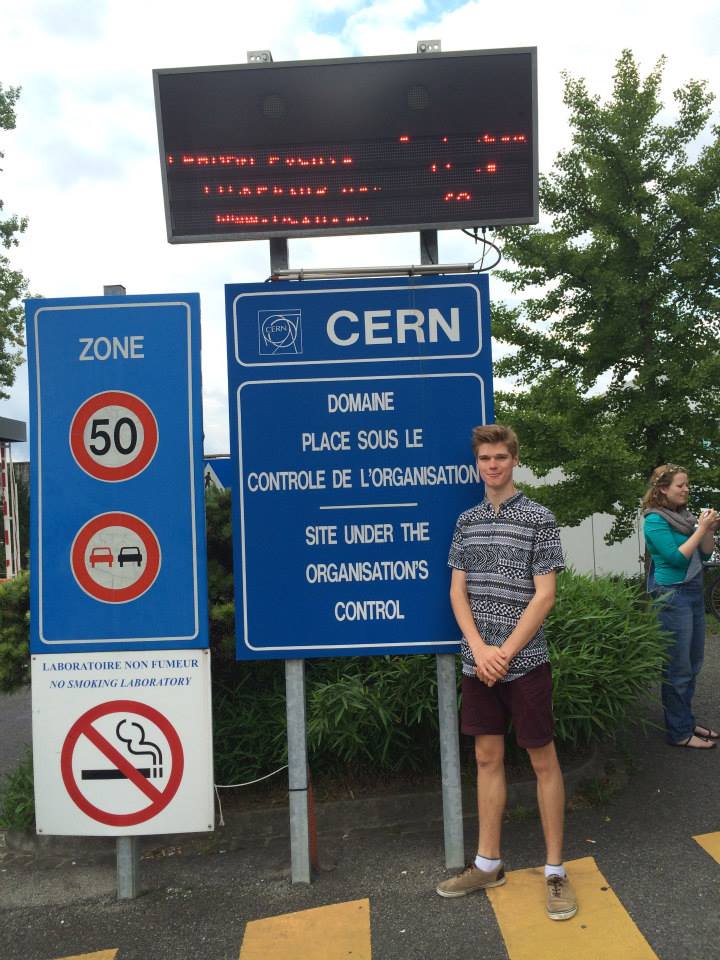 Like many high school students with plans to go onto further study, the search and availability of scholarships is an important factor in the “applying-for-uni” process. I was no exception. Since The Science Experience, I had dreamt of studying at ANU, and NYSF only reiterated that. After searching through the ANU website however, I discovered I was only eligible for a very small number of scholarships – one them being the Tuckwell Scholarship. It seemed that if I didn’t get the scholarship, I’d perhaps have to give up my dream of going to ANU and look towards other universities for scholarships. NYSF didn’t necessarily give me the belief that I had a “shot” at the Tuckwell Scholarship, but it taught me that even the application process was a valuable experience within itself; allowing you to reflect upon what you’ve done, and to generate ideas about your future – the experience just doesn’t “stop”. Much like NYSF, you take the ideas and skills that you gained from it and carry them with you long after the two weeks of the forum have ended.

Having progressed through the first few application rounds, I made it to the interview weekend. I felt I did poorly in the first round of interviews and I was very intimidated by the extremely high calibre of the other candidates. I felt I had no chance. The next day however, the day of my final two rounds of interviews, I woke up early and went for a walk around the ANU campus. I went and sat in the courtyard outside the Psychology and Physics Building where The Science Experience had began three years earlier. In that moment I decided that no matter what, ANU was where I wanted to be.

When I got the call from Graham and Louise Tuckwell offering me a Tuckwell Scholarship, I simply did not believe it. I couldn’t put my thoughts into words about the whole thing and I was very nervous, yet also very excited about the incredible opportunity.

The scholarship will launch me into the next stage of my life where I’ll continue to chase my passion for science, and work hard at making a genuine difference. NYSF imbued me with this mentality, and has inspired me to addressing the inequalities in rural schools.

I mentioned earlier that NYSF was a big eye-opener for me into the world of science and the endless careers and opportunities that lay in such a dynamic field. I thought I knew about science but I had only scratched the surface of the possibilities. I reflect now on how many young people have discounted science because their knowledge of its scope is even more limited than mine was.

How many times are kids told "you can be whatever you want to be"? The reality is however that if you're not aware of all of the opportunities out there, how can you ever know what you truly desire? Your choices are limited only by your knowledge of what’s available.

What it comes down to is a lack of exposure. I believe our dreams are built upon exposure. With the momentum I’ve gained from the Tuckwell Scholarship I hope to establish an organisation which would bridge the gap between rural and city schools – by exposing rural students to different areas of broad and accommodating fields – such as science. NYSF has inspired me to tackle this issue, and has given me the strong foundations I need to dream big and seek out and create new opportunities not only for myself but for others as well.

If there’s one thing I’ve learned from NYSF it’s to take up as many opportunities that come your way and to work hard to create new ones. Looking back on those last couple of years, 2014 in particular, it’s funny how things all worked out. Prior to NYSF, I didn’t know about the Tuckwell Scholarship, going to ANU was just a dream and I had no idea I could go overseas and represent my country... for science. I suppose when you’re younger, you don’t know what kind of things you can do when you’re older. You don’t know what kind of opportunities are out there in your future.

NYSF has taught me that it’s important that you take the opportunities available to you now, as they will open the doors for other opportunities in the future. Having now spent 3 weeks at ANU as a uni student I’m beginning to get into the rhythm of the fast paced lifestyle of what it means to be a student at ANU. I wake up every day and am inspired by the people, the campus, the classes and the extracurricular activities that I come into contact with every day. I realise I had to take a lot of opportunities to get to this point in time. And the only way to take up these opportunities, and to create new ones, is through participation."