Being a scientist has very little to do with what you think, but everything to do with how you think. 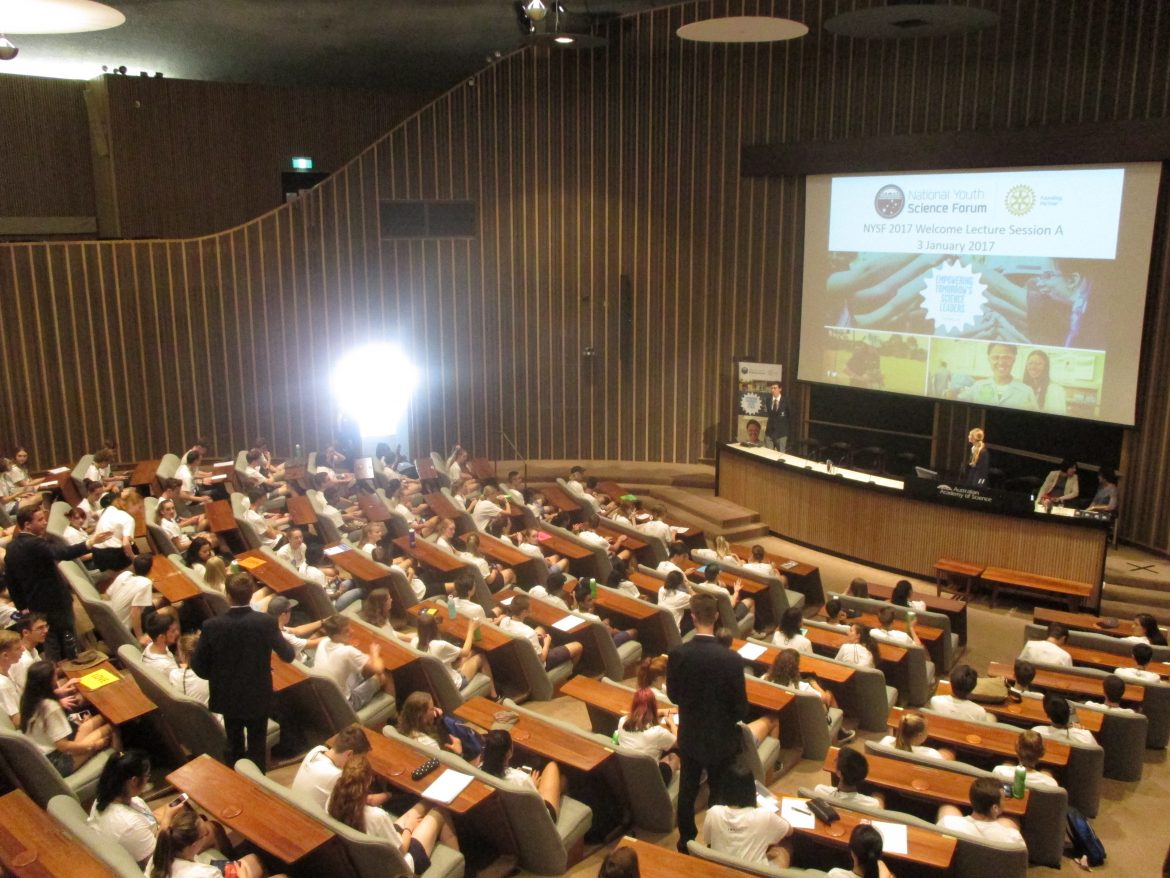 Ms Arabia outlined the role of the Academy, its philosophy towards science, and learning in general, at the AAS:

“Here [at the Academy of Science] we raise science, we nurture it, from primary schools all the way through to research.”

“Being a scientist has very little to do with what you think, but everything to do with how you think.”

That second thought in particular really struck a chord with the students. It's good to be reminded that it isn't which degree you choose or which courses you take that matters, but ultimately how you grow your skills as a thinker and a scientist.

To wrap up Ms Arabia left the students with some sound career advice, as well as an insight regarding the motivation for pushing scientific research:

“I encourage you to think about your passion for science and technology in the broadest of terms, and to be open to the many career paths that may be open to you.”

“There are endless discoveries to be made that can improve our health and bring about a better understanding of the world around us.”

Following Ms Arabia's introduction we were given a presentation by Professor Linda Richards, Deputy Director of the Queensland Brain Institute. 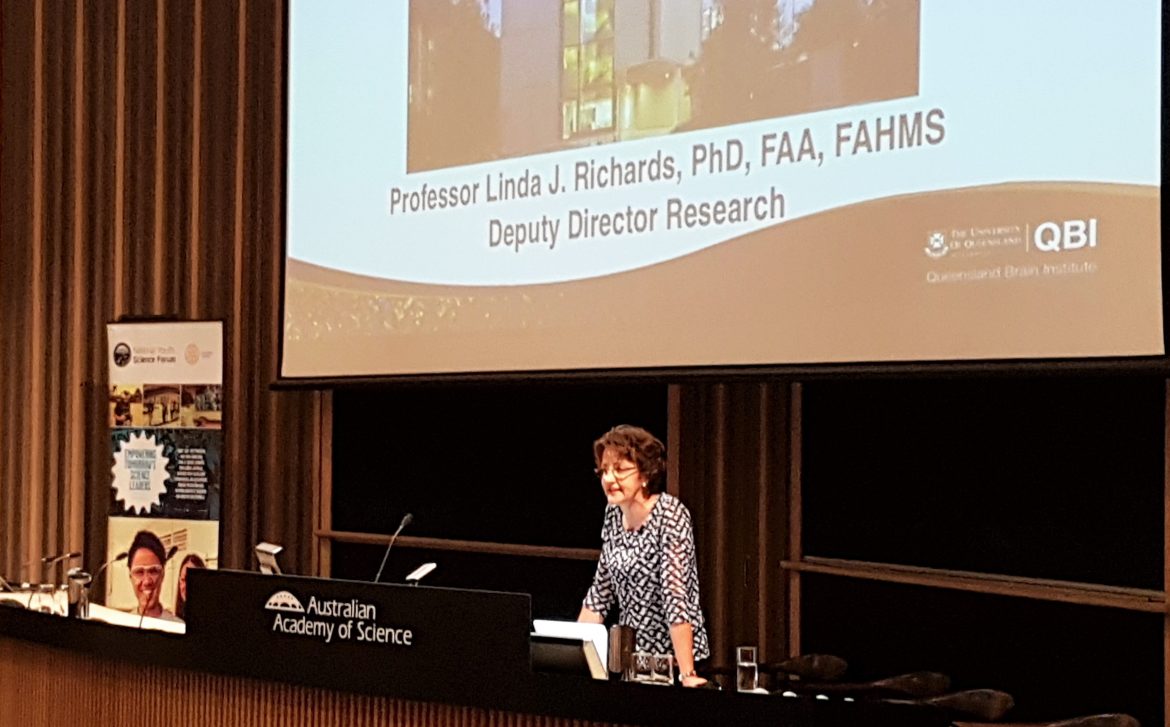 Professor Richards graduated from Monash University with a Bachelor of Science and First Class Honours, then later went on to complete her PhD at The University of Melbourne. Her story seems uncommon, and is also quite powerful:

“When I was your age I didn’t think I would finish school. I left halfway through year 11 due to circumstances out of my control. But I knew I wanted to make a difference in the world, and so I needed to continue my education.”

Professor Richards acted on that thought, and now leads a lab group  of 14 people at the Queensland Brain Institute, and spends her time researching how the brain is wired during development. Through her words she displayed a burning passion for her work:

“Being a scientist is one of the most amazing career paths you could possibly aspire to. It is the ultimate way of intellectual curiosity. It isn’t just a job. It is a way of looking at the world. And of solving the big problems that face humanity.”

Professor Richards also placed a huge emphasis on legacy, and encouraged the students to think early on about the mark they want to leave on the world:

“Scientists around the world are building a pyramid of knowledge. If you can leave a legacy, which is what drives me, then you can make a difference in the world.”

It’s not every day that you come across scientists so passionate and engaged in their work, and so today was a real pleasure. I’m sure I don’t just speak for myself when I say I left feeling energized and inspired to go and do some hardcore science.