The Orientation session for students from Canberra and surrounding areas of New South Wales selected to attend the National Youth Science Forum (NYSF) in January 2015 was held this week.

Orientation sessions are run across the country prior to students attending the NYSF, and are a great introduction for students and their families to how the NYSF works and some of the key activities that will take place in January. The Canberra region Orientation was hosted by CSIRO Education in Canberra, and supported by Joy Burch, the ACT Minister for Education.

“Orientations are an important marker in the NYSF calendar,” says Damien Pearce, Director of the NYSF. “Once the Orientations start across the country, we know we are getting closer to the January Sessions.”

“They’re a valuable opportunity for students and families to meet some of the other students who will attend the sessions, and to learn first hand about what they will do in January.” 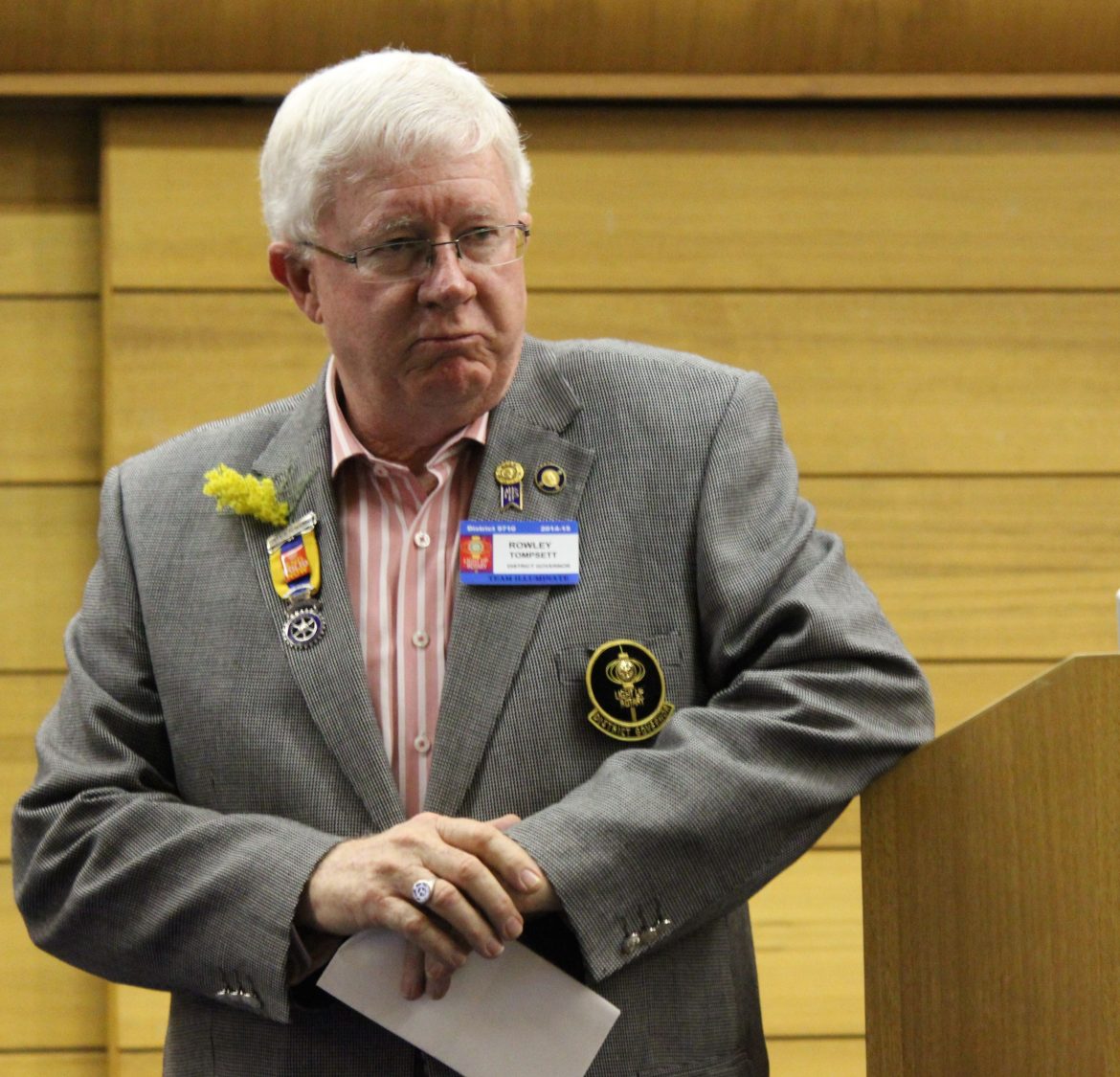 Governor of Rotary District 9710, Rowley Tompsett, congratulates the students at the D9710 Orientations Students introduce themselves during the NYSF2015 Orientations – D9170 Sixteen (16) students from the ACT and surrounding New South Wales regions will attend the NYSF 2015 in January, where they will visit laboratories, go on field trips, and participate in lectures and debates on scientific, engineering and technology issues. All of the program’s content is designed to stimulate their thought processes about where they might end up studying and the direction of their passion.

More than 1,200 young people expressed interest in attending the NYSF this year, with selections being done by about 500 Rotary Clubs across Australia.

The NYSF has been operating for more than 30 years, and is delivered in conjunction with Rotary Clubs of Australia, and its partners from Australian industry, government and research providers that generously support the students’ attendance in January.