Natasha Ward: Bringing her passion to the classroom

From being inspired at the NYSF, to inspiring the next generation of scientists, Natasha shares her story since the Year 12 Program

Since the 2014 NYSF Year 12 Program, Natasha Ward has spent time inspiring younger generations into the world of STEM.

She’s also focussed on being a role model for other Aboriginal and Torres Strait Islander people looking into STEM as a career.

Natasha still remembers the moment a teacher interrupted her science class and called her and six students out of class.

“We all thought we were in trouble! But actually, they really wanted us to apply for this program,” Natasha recounts. “So I did a little research and applied within my school, then went further for my Rotary district and here I am, an NYSF alumna!”

Making it through her Rotary district selection, despite feeling incredibly nervous and somewhat intimidated by the calibre of the other applicants, she found herself in Canberra surrounded by 200 other passionate NYSF Year 12 Program participants.

“I loved the NYSF! I had such a great time, and I’ve still got friends from there to this date. One of my best mates now actually went to the NYSF with me.”

Visiting a latex factory and making ice cream with liquid nitrogen spring to Natasha’s mind as her memorable experiences. But one speaker shone brighter than any of the visits. “I remember one of the guest speakers was a geneticist, and at one of our dinners, [they] put up on a screen so many letters. And it was a gene, and it took up the entire screen, and that really stood out to me.”

That impressionable moment inspired her future studies in secondary education, majoring in genetics, at Monash University.

“I ended up doing genetics because I found it fascinating that this person is studying genetics and understands what that all those letters meant.”

Another speaker that stood out to Natasha wasn’t a scientist, but someone who worked in the political sphere. They spoke about the importance of having science-literate people with STEM backgrounds but don’t necessarily work in STEM fields.

“As a teacher now, that really stands out to me. I’m really passionate about making students scientifically literate rather than making kids feel like they need to go to university.”

Natasha is now an educator for Ecolinc, teaching students from kindergarten to year 12 about science, with a focus on the environment, sustainability, and conservation. “Today, I taught years two and three students about composting and composting bugs!” Natasha said excitedly. 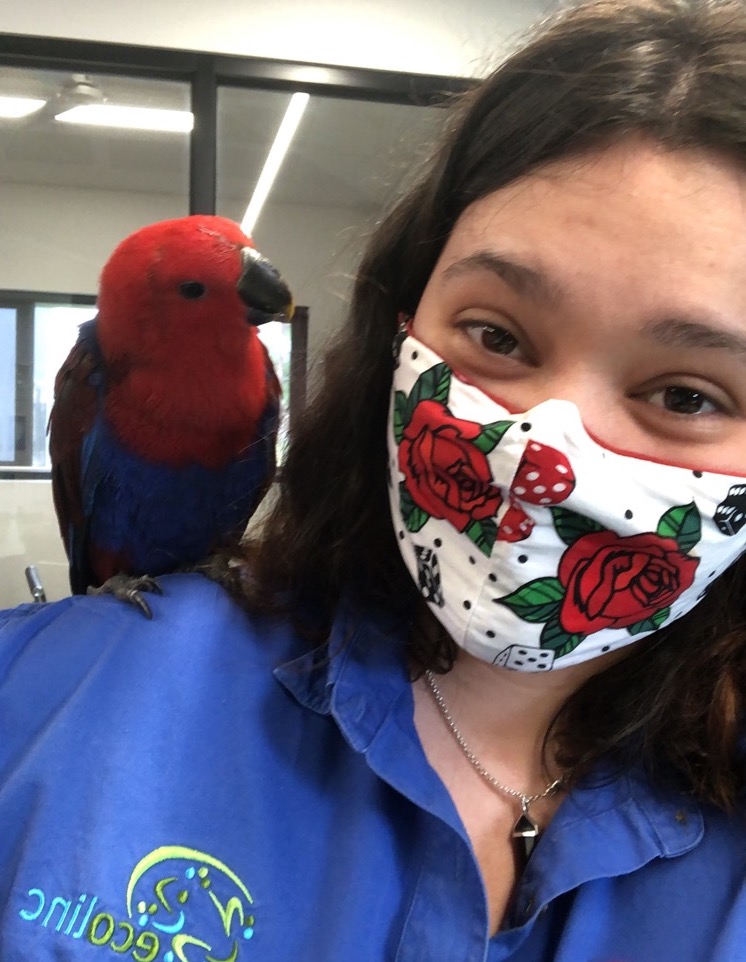 Natasha teaching at Ecolinc with a friendly bird on her shoulder

Where she can, Natasha has included Indigenous knowledge of science into the programs she runs. “I’ve developed a program called First People Science where I look the way that traditional people have done science for the past 100,000 years, looking at bread making, woomeras, and all sorts of things, and how those scientific concepts still being used today.”

Natasha is well-positioned to make an impact on future generations. “I may not have a class that I teach every day but instead I see thousands of kids in a year. There have been opportunities to have unique experiences they may remember forever.”

Instead, Natasha looked up to her peers. “I loved listening to people telling me about how they’re working hard and how they’re developing these programs with astronomy or engineering or whatever it was.

“That was always really inspiring to me because I didn’t see those kinds of people in my community, and I didn’t have an Indigenous teacher or scientists I could look to, so I looked to my peers instead.”

Natasha is filling that space and becoming the role model she wished she had. “I’m really glad I can be in that space now, and I can be an Aboriginal educator. For a lot of minority groups in my generation, we often are the first ones to go to university or to pursue these studies, and we actually are the role models.”

Being a role model isn’t always an easy job, but Natasha feels really lucky she has a voice.

She’s using this voice to inspire other young Indigenous people both in the classroom and in Australian Parliament House.

Natasha also reflected on some advice she was given, turning it into something she wished she’d been told.

“People talk about doing what you love, and you’ll never work a day in your life. That’s a lie. You’re still going to be working but you’ll come out at the end and you’re like, ‘wow that was incredibly hard, but I’m still loving it!’”

It’s an honour that Natasha attended the NYSF and was inspired to do what we do – get young people excited about STEM. We look forward to maybe seeing a few of your students come through our program in the future, and on into their own STEM careers.