For the first time in 35 years the National Science Teachers Summer School (NSTSS) and the National Youth Science Forum (NYSF) have hosted a mother and daughter at the same time.

A unique scenario arose during NYSF 2018 Session A, with a mother and daughter attending the National Science Teachers Summer School (NSTSS) and the National Youth Science Forum (NYSF) respectively.  Angie (student) and Punish Rahega (teacher), from Sydney NSW, were in Canberra at the same time to participate in the two programs.

Encouraged to apply by her teachers and two previous NYSF participants, Angie would strongly recommend the NYSF program to future students who share her interest in science. With a keen interest in the health and medical sciences, Angie is hoping to continue her studies in medicine at the end of high school.

“The NYSF has provided me with opportunities to meet like-minded individuals from across Australia who share my passion for science, as well as many scientists who work in a variety of scientific fields and allowed me to gain hands on experience in different careers.”

Angie says that she first became interested in science as a result of her mother’s enthusiasm. “My mum was always showing me and telling me about different areas of science.”

Angie’s mother, Punish, has always been interested in the world and how it works. Growing up in India where science is largely theory based with little practical application, as a teenager Punish created her own dissection table so that she could study frogs. 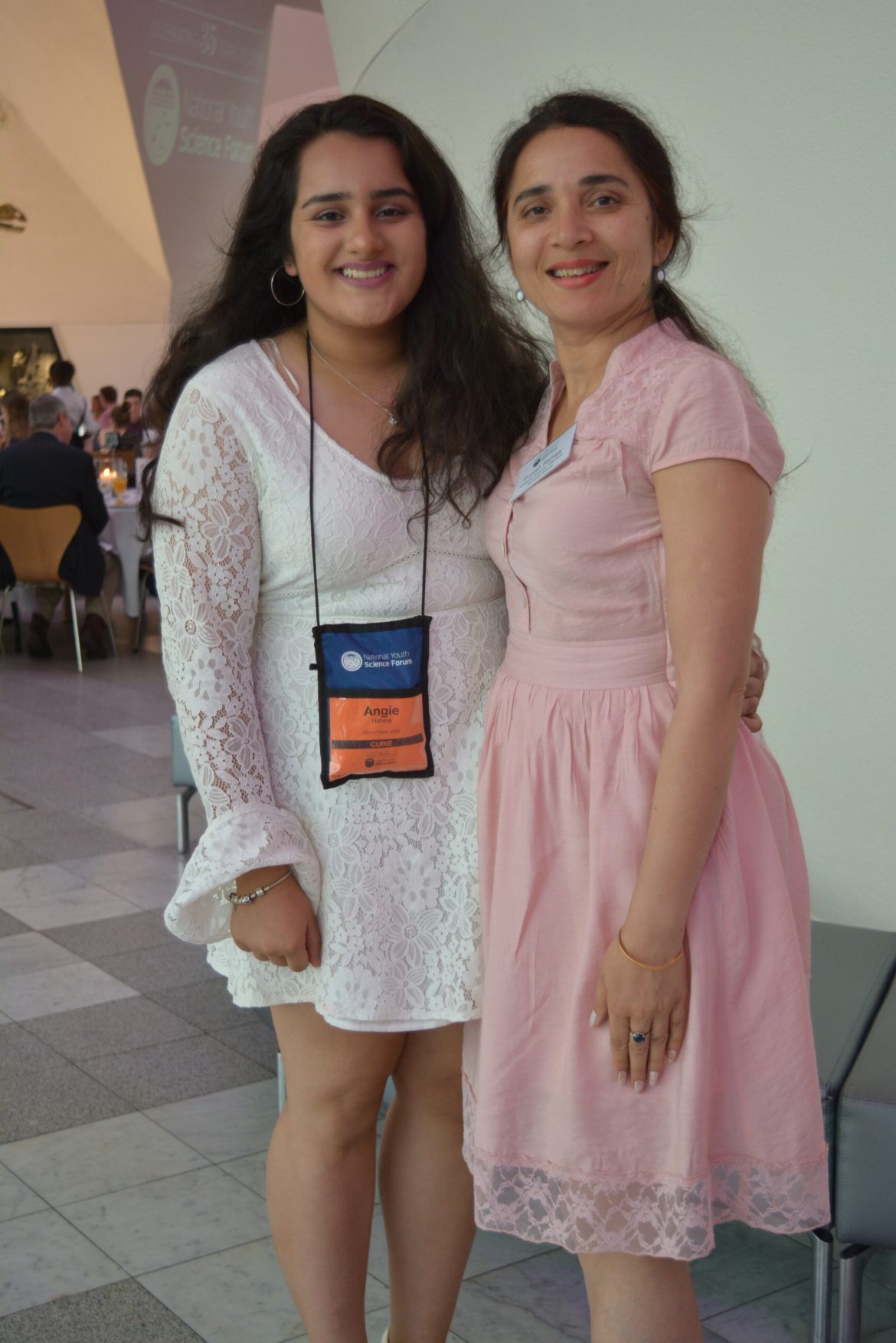 After moving to Australia, Punish followed her passions and became a high school science teacher. Inspired by the satisfaction of being able to share her knowledge with others including with her younger brother and sister, she says that teaching was a perfect fit.

Punish was inspired to attend the NSTSS to share ideas and resources whilst simultaneously building networks with other teachers. She is currently planning a trip for her students to Mt Stromlo Observatory at the ANU as a result of the lab visits she attended as a part of the NSTSS program.