Attending the IAC was an amazing experience, giving me an opportunity to talk to students and professionals from across Australia and around the world.

From Monday 25th to Friday 29th September, Adelaide saw cosmonauts from Russia, science educators from America, space entrepreneurs from New Zealand, and a geeky kid from Perth come together to experience the 2017 International Astronautical Congress (IAC). It was truly one of the most inspiring events I’ve been to and the best thing I’ve seen Australia do since I attended the National Youth Science Forum (NYSF).

The congress was open to anyone who wanted to come, and had a nice 90% discount for Australian students which I was more than happy to take advantage of. Other students from places such as America or France were sponsored by their universities to attend. Many gave presentations at the Congress but I was just there to enjoy the show! 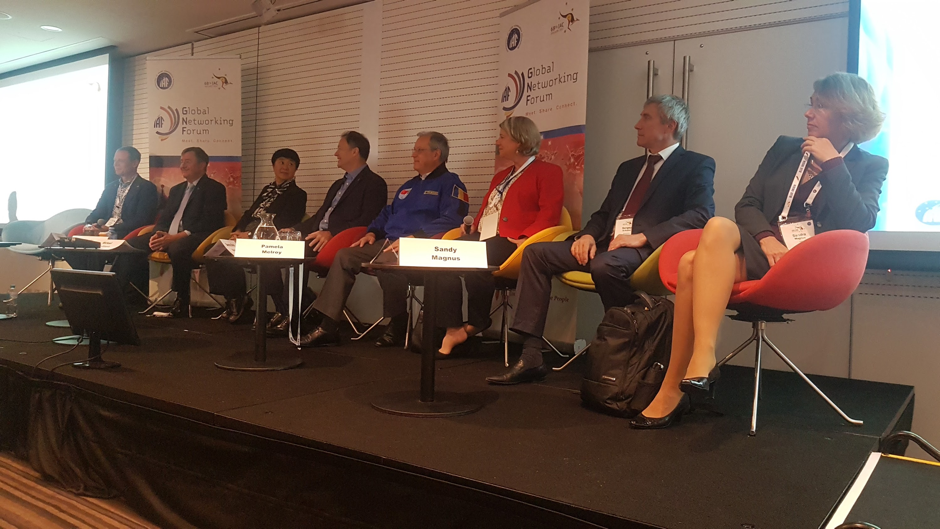 When the foundation of the Australian Space Agency was announced at the IAC’s opening ceremony I, along with the 3000 other attendees, was ecstatic. For me this became the theme of the Congress and I made sure to talk with as many people as possible (including some of the people actually designing the thing!) about what it might mean.

Mornings were spent trying to rapidly consume Weetbix in order to make it to the first 7AM presentations. Here we heard from Lockheed Martin about their “Deep Space Gateway” which would act as a stepping stone between Earth and the solar system; plans for a Moon Village made up of a patchwork of colonists; and discussions about creating a space congress … in space.

I spent most of the day attending technical sessions, where researchers discussed their work and the audience asked questions and provided advice or perspectives. One of my university lecturers gave a talk on how lunar dust behaves in zero gravity and the problems that this causes. In between these sessions I walked around the exhibition hall where private companies and government agencies would show off their latest tech. I was super excited to try out Boeing’s new to-scale simulated capsule as well as having a chance to talk to space entrepreneurs (some of who even agreed to be interviewed for the video I was working on – see link at end of article). The afternoon and evening talks was where ‘space celebrities’ took the stage. Bill Nye told us about the Planetary Society’s Light Sail which would make chemical rockets obsolete; and Elon Musk concluded the conference with an update on his BFR (Big Falcon Rocket) which he wants to use to take crews of 100 to Mars in 2024 and revolutionise air travel with 30-minute flights to anywhere in the world. Both speakers were amazing to listen to and hear about their vision.

Attending the IAC was an amazing experience, giving me an opportunity to talk to students and professionals from across Australia and around the world. I’ve made some great friends whom I look forward to exploring the final frontier with.