Monash Science – where biology can take you

Monash University biology student, Lucy W, is in the second year of her studies, and has had some amazing opportunities during in her course. Read her story about volunteering in the Amazon:

“One late night I was looking up biological field research stations around the world and I came across Los Amigos which is a site run by the Amazonian Conservation Concession. I was fortunate to be offered a position with the United States Department of Agriculture whilst the long-term employees went home for Christmas.

Every day I would walk roughly 10km through the jungle collecting insect samples from fly traps to analyse when back in the lab. 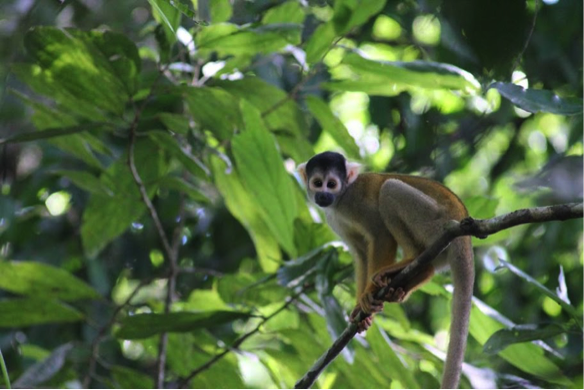 There were 50 waypoints with designated traps. I would cover 10 per day, with a two-day weekend. The traps were fitted with antifreeze and fly bait. The particular species of fruit fly was Anastrepha, which has a beautiful and distinctive wing pattern.

The count of this species per trap was recorded. The aim was to also complete the study at another Biological research station situated at a higher altitude and compare the niche spaces of Anastrepha to better understand their habitat requirements.

My second role was to collect fruits, which had fallen on the forest floor. I would assign a waypoint marking where I found them on the GPS, open them at the lab, collect the larvae which had been laid inside, rear them and record the life cycle from larvae – pupate – insect.

This highlighted the preferred fruit for laying and the time to maturity (or at least final stage of metamorphous). Anastrepha is a serious pest to American agriculture and improving our biological understanding of the species may improve pest-control methods.

The Amazon Jungle in Southern Peru is teeming with biotic activity. It’s great to wake up every morning to a family of Squirrel monkeys outside my room. Going to sleep every night with a cacophony of noise and insects crawling all over you can be a bit rough at first but eventually it just adds to the charm of being so deep in nature. 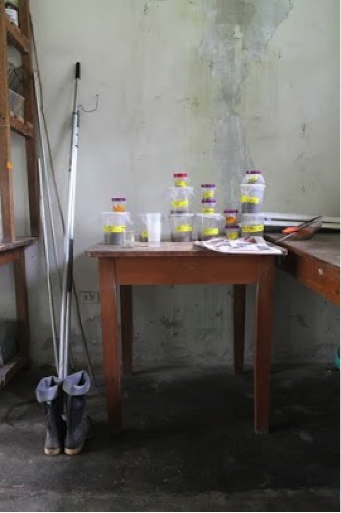 It was unfathomable how isolated the research station was until I arrived. Everything was so far from the familiar that saying I was ‘overwhelmed with excitement’ is an understatement.

Capybaras, coatis, peccaries and a wide variety of monkeys would casually traipse across my daily path. Aguaje, Carambola and other exotic fruits could be hit with a long stick straight from the tree and freshly eaten.

The station itself is completely self-sufficient (solar power, water being pumped from the mountain and in-situ waste management) with only a once a fortnight food drop-off.

This did mean cold showers however the tropical heat negated the need for warm water. I was the first Australian to have ever visited and was lucky that to have such a hospitable and welcoming team show me the ropes (even if I ‘no hablo español’).

They have a volunteering program (which is still in progress), which I would recommend. However this experience is surely not for the faint hearted. It will push you to your limits and it is world changing.”