Each year the NYSF offers a range of opportunities to participants from the January Sessions to attend similar science programs in locations around the world. With 2016 drawing to a close, we can now look back on the year’s events and feature some of the reflections of the students who were lucky enough to attend. 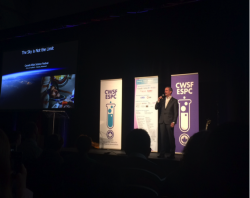 The international program to kick-off the year is the Canada-Wide Science Fair (CWSF) held over six days in May. Each year, up to six Australian students are invited to act as ambassadors for Australian Science at the event. The key feature of CWSF is the inclusion of the national science competition final where more than 500 Canadian participants present their science projects for the year.

“Attending the Canada Wide Science Fair, held this year in Montreal, was an utterly unique experience for me, and one that has given me such a broad range of experiences that I never would have otherwise.” Harrison Rook, 2016

“The Canada Wide Science Fair was a showcase for the next generation of entrepreneurs, academics, scientists and technologists; minds that will tackle and solve some of the most challenging issues facing our planet. For the 500 finalists, participation at CWSF is a great achievement and a life-changing event.” Isabella Aitkenhead, 2016

Targeted at students aged 17-22, the XLAB International Science Camp (XLAB) held by the University of Göttingen each year in the European summer, offers experimental courses in biology, chemistry, physics and more. Students have the opportunity to conduct hands-on experiments under the supervision of scientists from the University and affiliated research organisations. The weekends and evenings offer a range of social and cultural programs as well.

“This trip to Göttingen was an absolute eye opener into actually being on the frontier of science, an experience I was extremely fortunate to encounter at the perfect time in my life, allowing me to peer into the reality of my intentions for the future while I still have time to consolidate them.” Tom Houlden, 2016

If it’s Germany you want to go to then there is another excellent option each year. The International Science Summer School Heidelberg (ISSSH) offers a four week program where students can gain practical insight and experience in the natural sciences under the supervision of renowned scientists. Each there are places for three Australians to attend with peers from all over the world in the beautiful city of Heidelberg.

“Heidelberg invited us into their city to allow us to experience both their culture and share with us their love for science.”Erica Coxon, 2016 In July each year, the National University of Singapore (NUS) runs an annual science summer camp program that offers a curiosity stirring series of lectures, workshops and lab sessions led by experienced university professors. The program includes visits to NUS’s state of the art scientific research centres. The goal of the NUS SSC is to help students discover their passion and potential in the broad world of STEM. 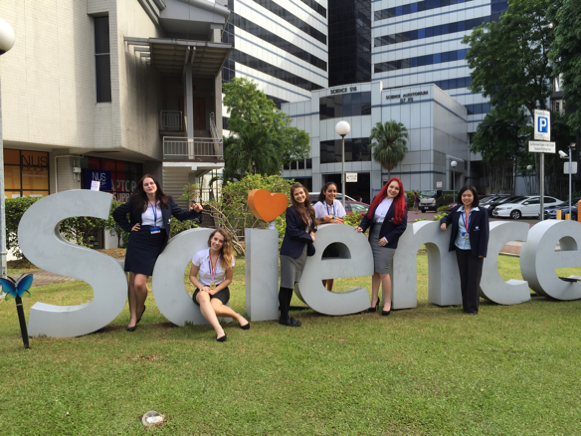 The longest program on offer, running for six weeks in the U.S. summer, is the RSI program. This program is operated by the Center of Excellence in Education and held at the Massachusetts Institute of Technology (MIT) in Boston. Each year Australia, through the NYSF, sends two participants to attend, and competition for this highly regarded program is fierce. For the first week students have the opportunity to take part in intensive STEM classes. For the remaining five weeks, participants have the opportunity to conduct their own research in a field of their choice with leading scientists, engineers and professors as their mentors and supervisors.

“RSI has redefined my future as a research scientist, and I am certain this program has and will allow me to become greater scientist than I would have before.” Matt Craigie, 2016 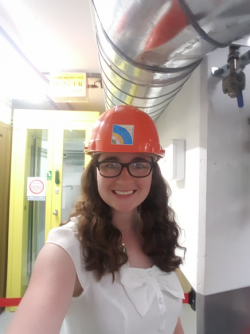 With more than a 50 year history, the London International Youth Science Forum (LIYSF) is one of the largest programs on offer. Running for two weeks, this residential event is hosted by the Imperial College in South Kensington. Participants have the opportunity to attend lectures, research labs industrial sites and other scientific institutions that are led by some of the most recognised scientists in the UK. An active social calendar is also part of the fun.

“Overall, my attendance at the LIYSF and CERN program will be an experience I will never forget. In addition to giving us the opportunity to hear from incredible scientists from all over the world and visit world-class facilities in London, my enthusiasm for science was renewed by the excitement and wonderful people.” Courtney Graymore, 2016

The EuroScience Open Forum (ESOF) is a biannual event run in a different location in Europe every two years. ESOF is a huge event attracting an incredible 6,000 participants including: researchers, business leaders, government officials, media, students and scientists Europe-wide. At each event there are opportunities for six NYSF participants to attend. In 2016, Manchester, UK was the chosen city. NYSFers will now have to wait until 2018 when the next event is held in Toulouse, France.

“The EuroScience Open Forum completely changed my outlook on science, and for that matter the world! Being the largest general science meeting in Europe, the forum attracted some of the best and most highly regarded researchers and students from across Europe.” Wesley Flavell, 2016

"ESOF may have only lasted for ten days, but the memories will surely last me for a lifetime.” Kate Morcom, 2016

Applications for the International Programs open in early February, following the January Sessions each year. We encourage all current NYSF participants to look at the NYSF database for reports completed by previous international participants to inform their own considerations to apply. While it is often a big financial and time commitment during year 12, the opportunities and benefits are momentous.

"Many others from NYSF said that they didn’t want to apply for international programs because they would miss a lot of school. Personally I wasn’t fazed by this because I knew my teachers would be supportive and what I would get from this program would be well worth the stress of doing assignments in the holidays.” Erica Coxon, 2016

Travel costs for students from New South Wales were supported by the NSW Department of Industry, Office of Science and Research.