Highlights of the NYSF 2014 January Sessions

The Chief Scientist for Australia, Professor Ian Chubb AC, spoke to students at the Opening Ceremony of Session C, about his own career, illustrating that a fulfilling and stellar career can come from the humble beginnings of playing soccer with your dog in the back yard; and that hard work will pay off.  He also spoke about the intersection between science literacy and policy development, and the need for quality advice at the highest level. 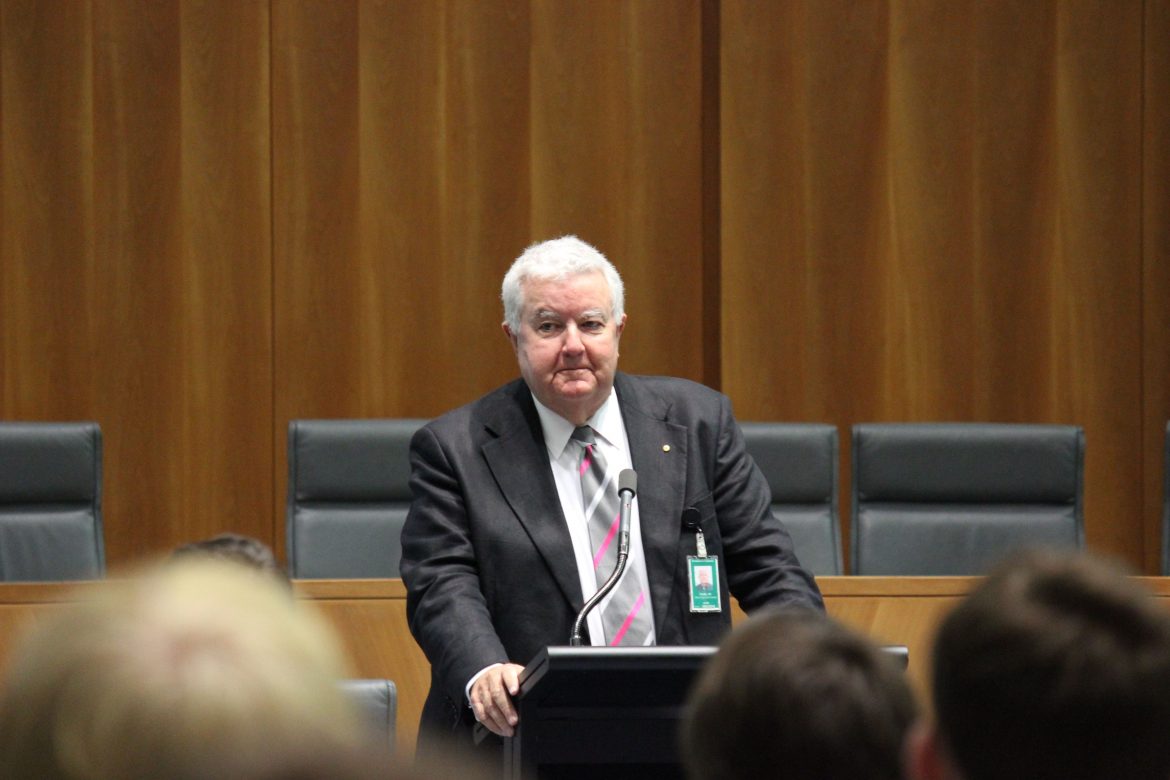 In Perth, recently retired Chief Scientist of Western Australia, Professor Lyn Beazley, warmly welcomed the students, her enthusiasm and encouragement staying with them throughout the program. Hamish Jolly, from Shark Mitigation Systems, spoke about the process of commercialising research into an innovative wetsuit design with the University of Western Australia.  He highlighted the importance of scientists understanding the role of the entrepreneur in translating research to market – and that while blue sky research is important, so is commercialising products to meet a market and community need.  Scientists have a role to play in each part of that process and indeed, the scientist could also be the entrepreneur. Dr Erica Sloan, echoed Mr Jolly’s view.  Erica is an NYSF alumna and former student staff member, and now has a very successful career as a leading cancer researcher at Monash University and the Monash Institute of Pharmaceutical Science. The occasion of her address at the Session C Rotary Dinner was featured in The Australian newspaper’s online edition. 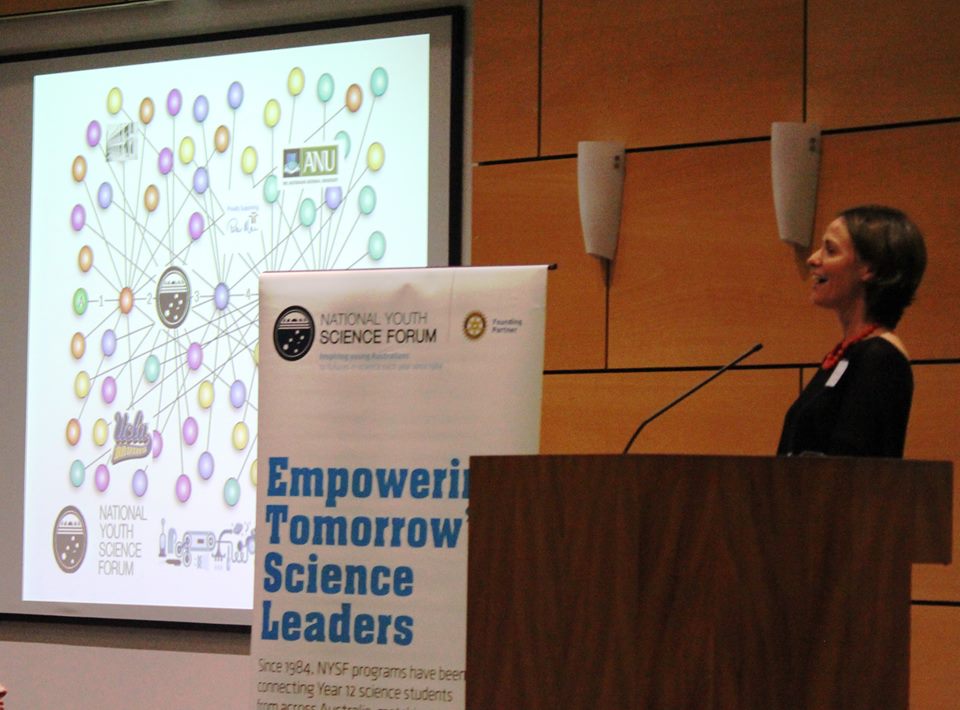 Professor Terry Speed and Professor Angela Moles, both winners of the Prime Minister’s Prize for Science in 2013, spoke with passion about their journeys to conducting world-leading research and the challenges affecting their careers including the need for professional and sometimes personal reinvention. Dr Matt Wenham is an NYSF alumnus and former student staff leader who addressed the Rotary Dinner (Session A).  As well as outlining his study, research and career paths to date, he emphasised the importance of science literacy in policy-making and its impact on the wider community. Former NYSF student Kirsten Gottschalk, an Outreach and Education Officer at the International Centre for Radio Astronomy Research (ICRAR) in Perth accompanied the students on their visit there. Because of her NYSF experience, she understood the level of knowledge the students could access, resulting in an engaging and informative visit. Kirsten was also the Guest Speaker at the Session B 2014 Closing/Continuing Ceremony.