I count myself very fortunate to work in a dynamic research field with an excellent team of scientists and health professionals. Attending the NYSF played a signficant part in motivating me to pursue an exciting career in science research.

Dr Katie Owens attended the NYSF in 2004 and has gone on to have a career in Pharmaceutical research that has taken her around the world.

“Attending the NYSF in Canberra was an incredible experience that I will never forget. I was so inspired by the scientists, Rotarians and other students that were involved in the programme. The NYSF truly motivated me to pursue a career in research. I was also fortunate enough go on the Russian Scientific Study Tour hosted by the All-Russian Youth Aerospace Society as part of the international program, and returned to the NYSF in 2005 as a student staff member.

“After finishing high school in Maroochydore, Queensland, I enrolled as a Health Sciences first year student at the University of Otago in Dunedin, New Zealand. At the end of the year I was accepted into the School of Pharmacy. While studying a Bachelor of Pharmacy, I became interested in research and was able to undertake two summer research studentships during my degree. I thoroughly enjoyed studying at Otago. In my opinion the student lifestyle in Dunedin is second to none. After graduating in 2008, I completed the Pharmaceutical Society of New Zealand EVOLVE Internship Programme in a community pharmacy in Dunedin.

“In 2010, I received a School of Pharmacy Departmental Award Postgraduate Scholarship at the University of Otago. My PhD project was in the area of clinical pharmacology in patient populations. I also worked part-time as a community pharmacist and undergraduate tutor. I presented my PhD research at several conferences during my PhD (in New Zealand, Australia, Singapore and Italy).

“After submitting my thesis in 2013, I moved to Paris, France to start a postdoc in the Division of Clinical Pharmacokinetics and Pharmacometrics at the Institut de Recherches Internationales Servier. My project involved developing pharmacometric models of drug response in lymphoma patients, which further developed my skill set and gave me valuable experience in the pharmaceutical industry. On a personal note, it allowed my husband and I to live in Paris, learn French and travel. 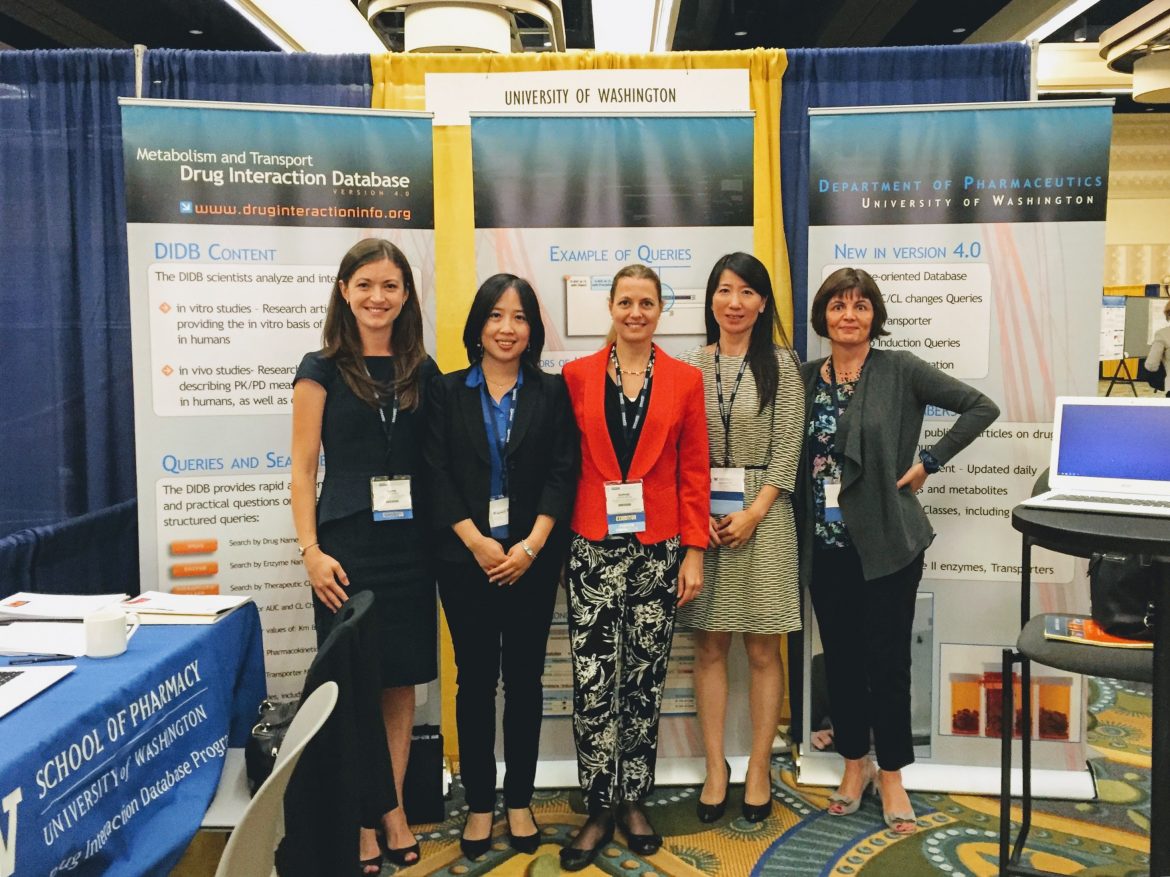 “Since 2015, I have been working as a Research Scientist at the Drug Interaction Database (DIDB) Programme in the Department of Pharmaceutics at the University of Washington in Seattle, USA. The DIDB is an online knowledgebase that is currently used by a large number of pharmaceutical companies, regulatory agencies, contract research organizations and academic institutions worldwide. My role is to manually curate pre‑clinical and clinical drug interaction studies from scientific publications and documentation from the US Food and Drug Administration.

“I count myself very fortunate to work in a dynamic research field with an excellent team of scientists and health professionals. Attending the NYSF played a signficant part in motivating me to pursue an exciting career in science research.”