Most of this year’s NYSF delegates to the various international programs with which NYSF is affiliated have been and returned from their trips.

Ben Galea from Bundaberg in Queensland attended the Canada Wide Science Fair (CWSF) in Alberta, Canada. The CWSF is a competition that attracts entries of science projects from students aged 12 to 18 from across Canada. The final display of 300 projects from 500 students was a comprehensive, if somewhat overwhelming, demonstration of the breadth of science issues engaging young people there. 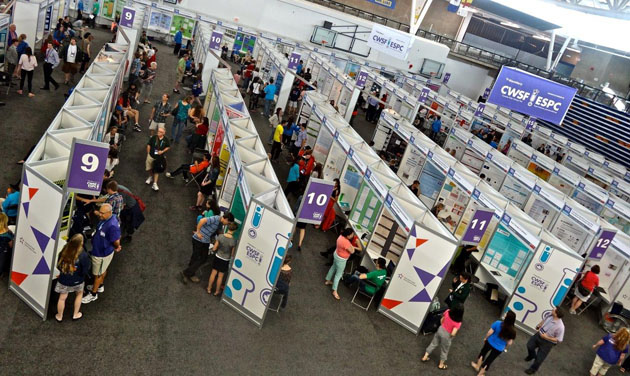 The overall winner received $10,000, several scholarship offers and interviews with potential investors. Adam Noble (19) was well advanced in his research on “Silver Nano-Particle Therapy: A New Cure for Cancer”. Ben cited two other projects that caught his eye. “Sixteen year old Alex attached ultrasonic sensors to a belt and then wired them up to make a joystick tilt towards open doors and spaces, enabling the visually impaired to navigate through a building 54% more efficiently than those who use a customary walking cane. Josie (16) made pellets by grinding up orange skins to supply an E-coli rescinding supplement to cows. The talent, ideas and unending enthusiasm I saw in that week blew me away.”

The role of our Australian group was to showcase current Australian science at our stall and to choose four Canadian students to attend the NYSF in Australia in January 2014.  That was a difficult decision; they were all such motivated and highly interesting individuals.

Ben says that the opportunity to tour the Canadian Rockies and also look for fossils were other highlights of his trip. 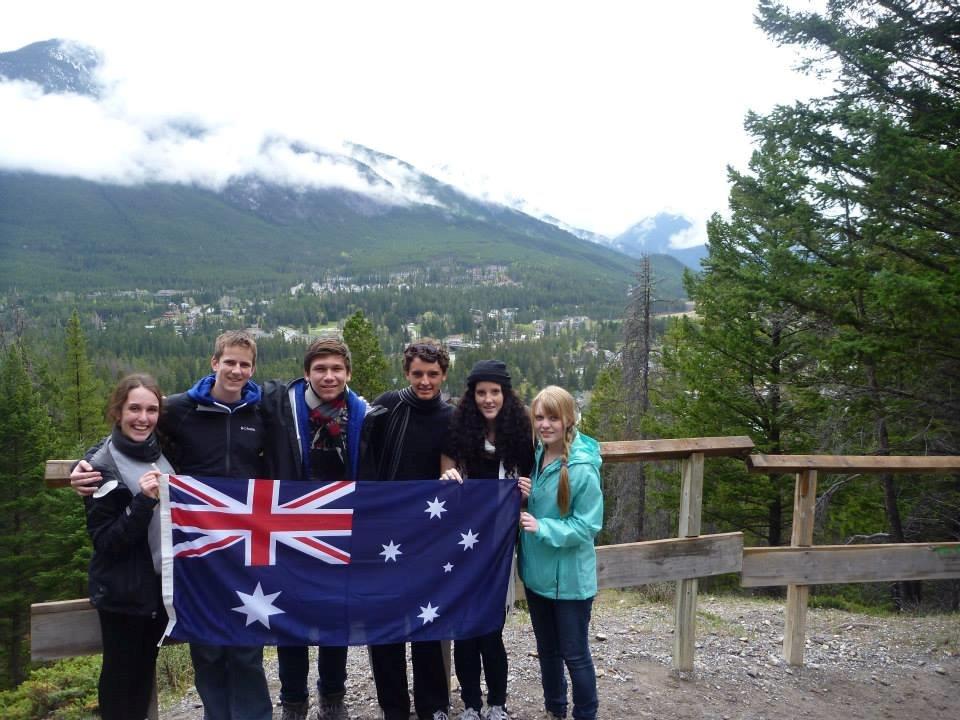 The Australian NYSF clan, in a cold and beautiful Banff, in Alberta, Canada

“It was a brilliant two weeks, which have left me with more knowledge, more friends, more memories, and more motivation in my scientific endeavours.”